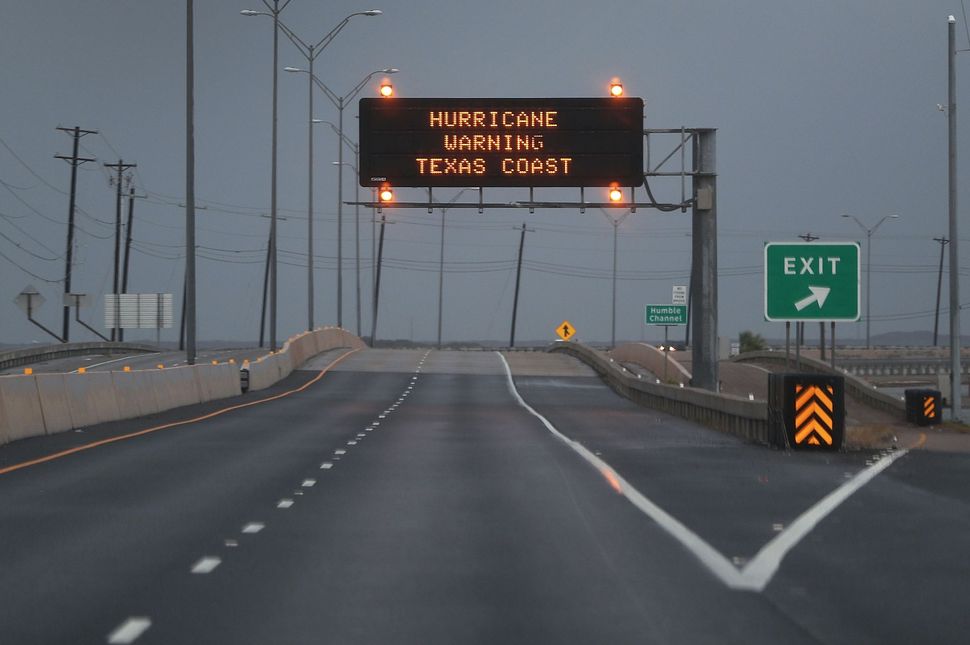 As Hurricane Harvey nears the coast of Texas, Jewish communities are preparing for what may be record-breaking rainfall and flooding. Synagogues and community centers are cancelling programs and prepping their buildings for the onslaught of water.

At United Orthodox Synagogue, which is located in a part of Houston that has experienced millions of dollars of flooding damage over the past few years, volunteers from all over the city came to help move synagogue property to higher ground.

“I know what it feels like to have your things destroyed, so I wanted to come to the shul today, to help save things, because I don’t want that to happen to anyone else,” Jeremy Morgan, a ninth-grader, told the Jewish Herald-Voice.

The UOS has also been issuing alerts to its community members, as well as stocking up on medical supplies and rescue material. The synagogue’s website has contingency plans posted for which services the shul will hold over Shabbat depending on the severity of the storm.

In Corpus Christi, where Harvey is expected to make landfall Friday evening at approximately 7 p.m. local time, Congregation Beth Israel has cancelled all Shabbat services and closed its main office.

A Corpus Christi theater has also cancelled all weekend performances of its company’s production of “Fiddler On the Roof.”

The Evelyn Rubsenstein Jewish Community Center, in Houston, is prepping to be a relief center during the hurricane.

“We will begin accepting supply donations immediately, with the expectation that there will be some level of flooding in our community,” Joel Dinkin, the ERJCC’s executive vice president, told the Jewish Herald-Voice.

Hurricane Harvey is expected to make landfall as a Category 3 with winds of 120 miles per hour. It is forecasted to move slowly up the coast, towards Houston, dumping up to three feet of rain.