Trump, Netanyahu To Meet At United Nations Next Month 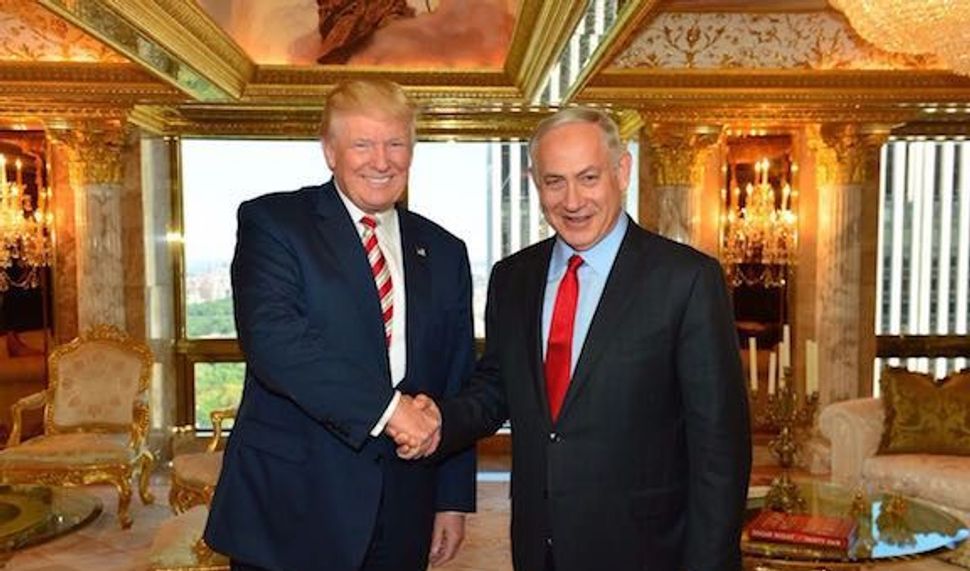 It will be the third face-to-face meeting between the leaders this year.

The meeting will take place while Netanyahu is in New York for the opening of the 72nd session of the United Nations General Assembly, Israel Hayom reported Sunday.

The meeting has not officially been announced by the Prime Minister’s Office or the White House.

Netanyahu reportedly will visit Argentina and Mexico, the first visit to the countries by a sitting Israeli prime minister, prior to attending the General Assembly.

Following his meeting with Trump, Netanyahu will return to Israel in time for the Rosh Hashanah holiday.

Trump and Netanyahu met at the White House in mid-February, and again in May when Trump visited Israel as part of his first overseas visit as president.

Trump, Netanyahu To Meet At United Nations Next Month