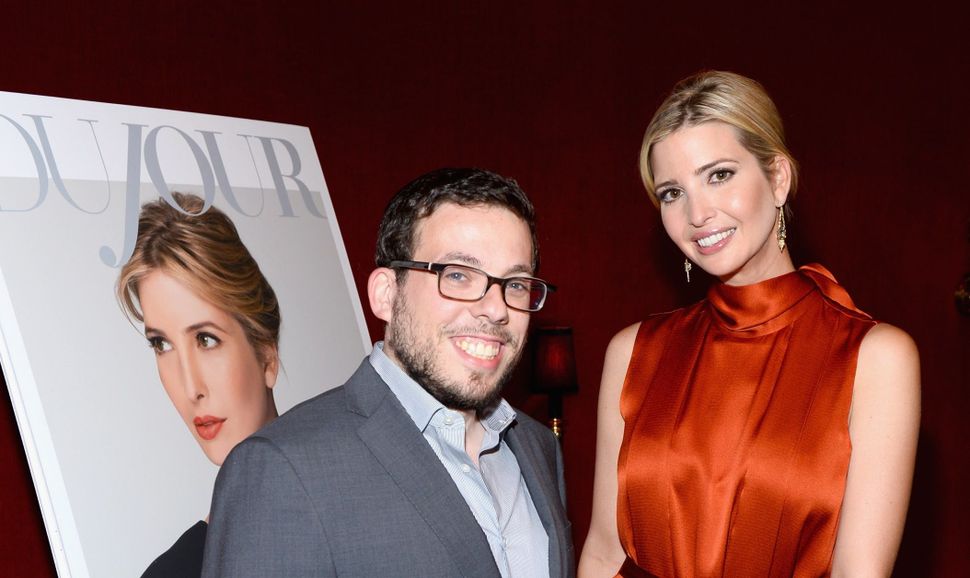 A longtime friend and business partner of First Daughter and presidential advisor Ivanka Trump is the subject of several lawsuits, a multi-million-dollar IRS judgment and possible eviction proceedings from his Manhattan real estate space.

Moshe Lax, who claimed in an interview with the Orthodox magazine Mishpacha that he introduced Trump to her husband Jared Kushner, helped found Ivanka Trump Fine Jewelry and was repeatedly praised in Trump’s 2010 memoir. The two sides revised their licensing agreement in 2011, acknowledging that Lax’s company had repeatedly violated the original deal, according to Politico.

Lax and his company, Madison Avenue Diamonds, have been sued several times over numerous multi-million-dollar business deals gone bad, as well as by lawyers who alleged that they never received payments they were owed for defending him. (One of the lawsuits is over allegedly evicting a cousin from a Brooklyn condo).

Lax’s father’s estate, of which he is co-executor, also owes $27 million to the IRS.

Politico also reported on Sunday that Lax’s wife Shaindy’s stake in Ivanka Trump Fine Jewelry may be turned over to the city before possible auction proceedings. Lax also allegedly signed a five-figure check using a checkbook with the name of Chana Weisz, an apparent alias of Shaindy Lax.

And according to the New York Post, things may be getting worse for Lax: He is reportedly behind rent for his retail space on Manhattan’s glitzy Fifth Avenue, and may be evicted by his landlord — former New York Gov. Eliot Spitzer.

Despite all of Lax’s difficulties, and despite the fact that Ivanka Trump Fine Jewelry was discontinued in March, he and the Trumps were until recently still still close. Lax and his wife were at the Trump Tower election night party, Tiffany Trump attended the opening of his Fifth Avenue retail gallery, and Ivanka Trump admitted in a deposition that she and Donald Trump Jr. relied on Lax’s advice during a business dispute with a Washington, D.C. restauranteur.