How Can You Help Houston After Hurricane Harvey? 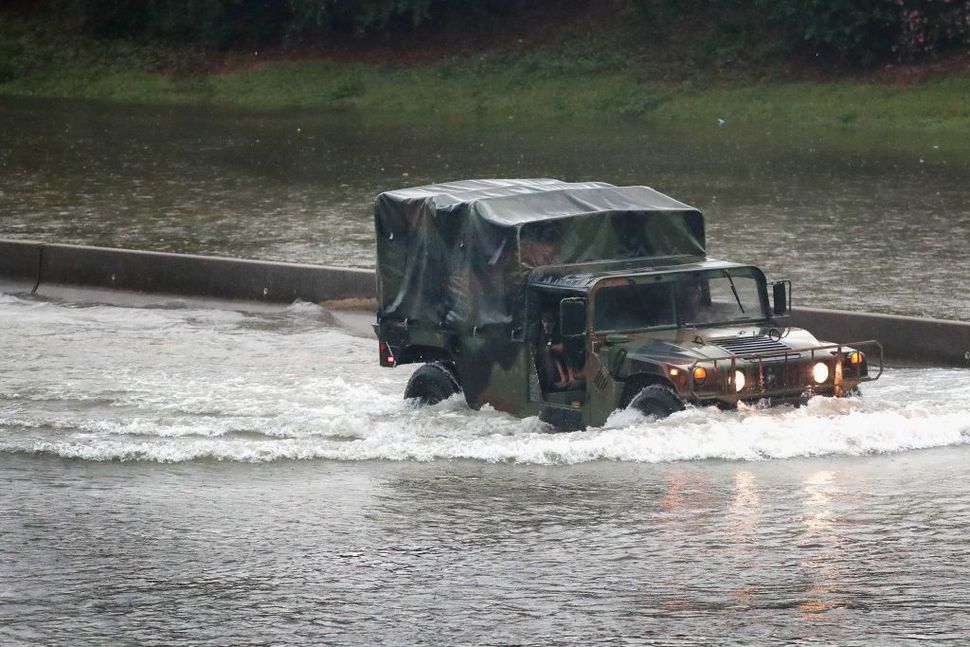 A military truck navigates through Houston, which has been inundated with flooding from Hurricane Harvey. Image by Getty Images

After Hurricane Harvey put Houston and much of east Texas underwater, Americans are wondering what they can do to help. Here’s a short list of national charities that are on the ground in the disaster zone and that have been highly-rated by Charity Navigator, a Web site that assesses how well charities are run.

One of the country’s oldest relief organizations, the American Red Cross is the grand-daddy of disaster, providing emergency food, shelter and medical treatment to storm victims.

The Minneapolis-based Nechama organization sends teams of volunteers to afflicted areas in order to help with first aid and disaster recovery. According to their site, they are devoted to living out the value of tikkun olam, or repairing the world.

Americares is a well-regarded national charity that’s focused on health interventions – and it will be sending emergency medicine, medical supplies and professionals into the storm area.

The international children’s charity has volunteers and staff on the ground to assist children and families threatened by the storm.

In addition to these, there are many charities in the local Houston area that are trying to deliver aid to hurricane victims. Here’s a short of list of some of them, with more compiled at the Sports Blog Nation Web site.

Jewish Family Service is a Houston-based organization that provides counseling and disability services to Jews and non-Jews alike in the Houston area. Linda Burger, the chief executive of the group, is holed up on the second floor of her home, riding out the storm so she can help victims in the aftermath.

This organization collects blood and organ donations for the Houston and southeast Texas area, and before the hurricane was stocking up blood supplies to local hospitals. With five dead and untold more injured, many Texans may need transfusions and organ donations in the days and weeks to come.

Houston SPCA is the local chapter of the national organization for the prevention of cruelty to animals. With homes destroyed and residents fleeing, many pets and stray animals have been left alone in the storm to fend for themselves. The Houston SPCA is working to shelter those animals and save as many as possible.

Founded by a coalition of Methodist churches, the Texas Diaper Bank distributes hygienic supplies like diapers and baby items to families in need – and is now directing its assistance at the general public during this natural disaster.

The Central Texas Food Bank supplies needy Houston-area residents with much-needed nutrition. Now that the area has been flooded, it will be serving a much larger clientele than usual.

How Can You Help Houston After Hurricane Harvey?