Jared And Ivanka Are Unhappy And Disliked in D.C. 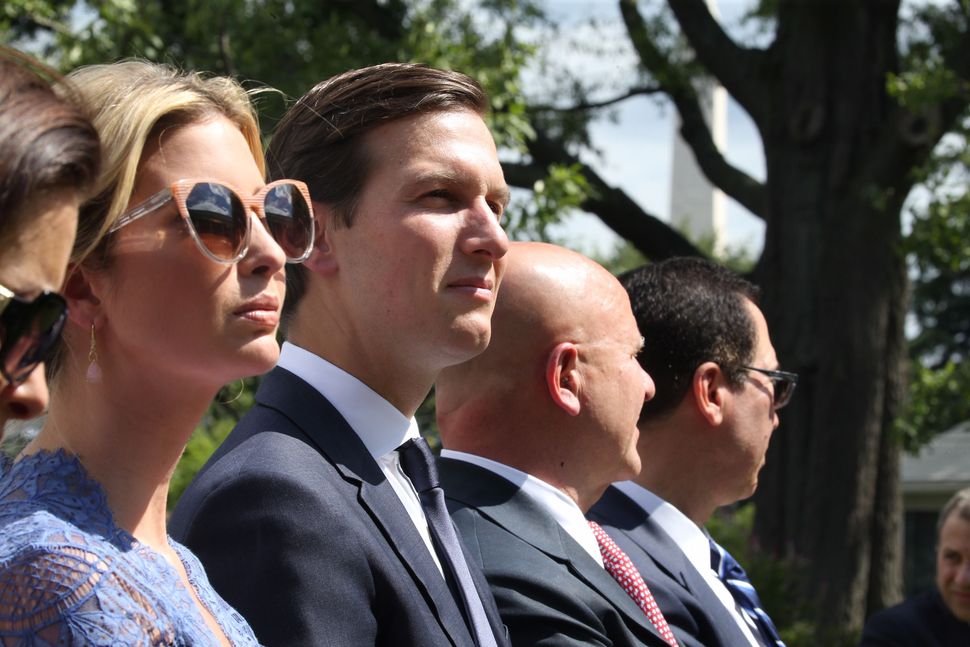 Ivanka Trump and Jared Kushner are not having much fun in Washington D.C., according to a new Vanity Fair feature out over the weekend.

Distant from their old friends, the power couple has found themselves surrounded by enemies, with far less power than they expected.

In one devastating anecdote from a high-wattage conference of leading executives attended by Kushner and Trump, one tipster told Vanity Fair that attendees badmouthed the couple until they showed up. “The chatter was ‘These people are horrible,’ and this and that, but of course, Jared and Ivanka show up and the air-kissing began,” the source told Vanity Fair.

The two are also disliked within the West Wing. Vanity Fair reports that advisors call Ivanka Trump the “princess royal” behind her back.

“She tries to charm you at first, and then there’ll be the cutting remark in front of her father,” a source told Vaniy Fair.

Vanity Fair also reported speculation that the family could leave D.C. at the end of the upcoming school year.

Jared And Ivanka Are Unhappy And Disliked in D.C.