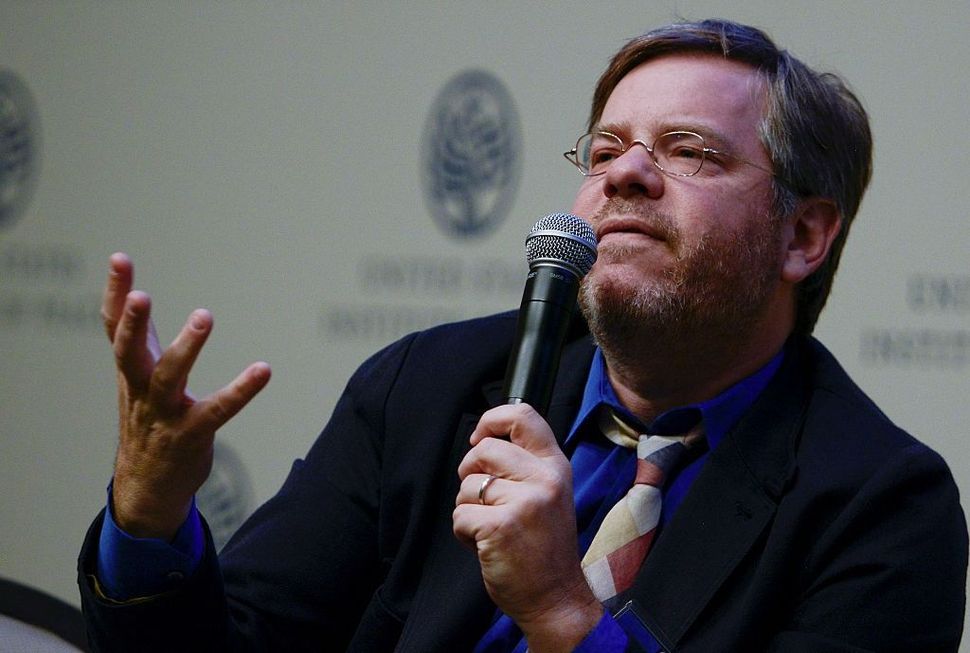 George Selim, director of the Department of Homeland Security’s Office of Community Partnerships, speaks at the United States Institute of Peace. Image by Getty Images

NEW YORK (JTA) — The Anti-Defamation League has hired George Selim, an Arab-American former official at the Department of Homeland Security who worked on countering violent extremism.

Selim, who served under Presidents George W. Bush, Barack Obama and Donald Trump, resigned last month from his role as director of the Office of Community Partnerships at Homeland Security. Born of Egyptian and Lebanese descent, Selim worked primarily with Muslim communities in the United States to combat extremism.

He also headed the Countering Violent Extremism Task Force, which coordinated those efforts among government agencies. Selim had worked as an adviser on civil liberties at Homeland Security, as well as at the National Security Council.

Selim will head the ADL’s programs on law enforcement, education and community security, according to a news release Monday.

ADL is one of a few national Jewish organizations collaborating with Muslims and other religious groups on security issues. It provides security consulting to religious institutions and publishes a handbook on best practices.

Selim resigned in July, citing budget cuts and partisanship in an interview with NPR.

At the time of his resignation, he told liberal columnist Peter Beinart that “There were clearly political appointees in this administration who didn’t see the value of community partnerships with American Muslims.”