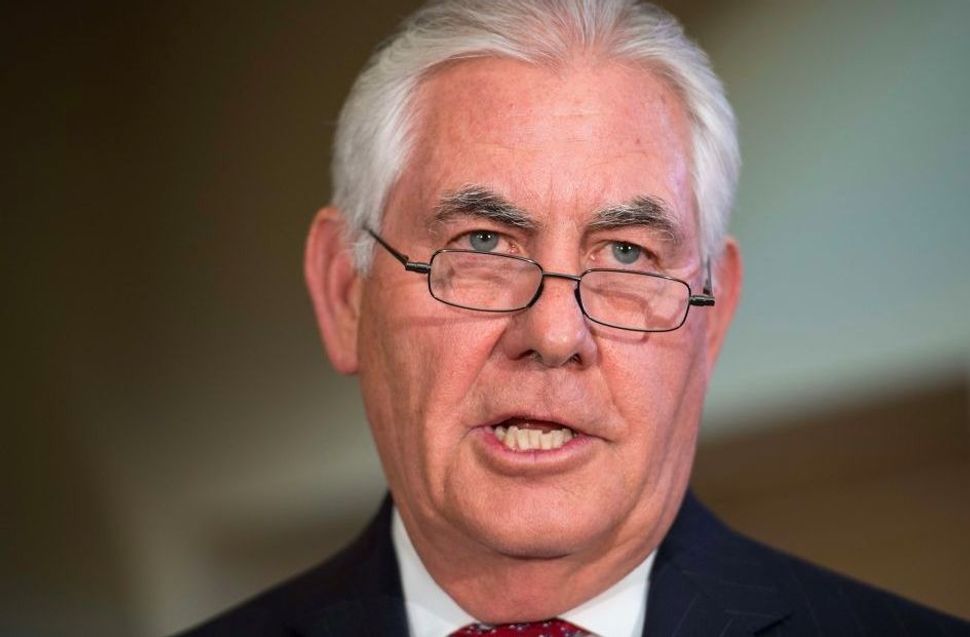 (JTA) — The State Department will hire a special envoy for the Office to Monitor and Combat Anti-Semitism, but will do away with or combine dozens of other diplomatic positions.

U.S. Secretary of State Rex Tillerson made the announcement in a letter sent Monday to Sen. Bob Corker, chairman of the Senate Foreign Relations Committee.

The special envoy post, which was mandated in the Global Anti-Semitism Review Act of 2004, has remained unfilled since Trump’s inauguration in late January, as have many other such posts. The special anti-Semitism envoy monitors acts of anti-Semitism abroad, documents the cases in State Department reports, and consults with domestic and international nongovernmental organizations.

The Office to Monitor and Combat Anti-Semitism has been unstaffed since July 1.

Congressmen, Jewish groups and Jewish leaders have been urging Tillerson to keep the office open and name an envoy.

According to the Tillerson letter, the office will be returned to the Bureau of Democracy, Human Rights, and Labor, with two positions and $130,000 in funding.