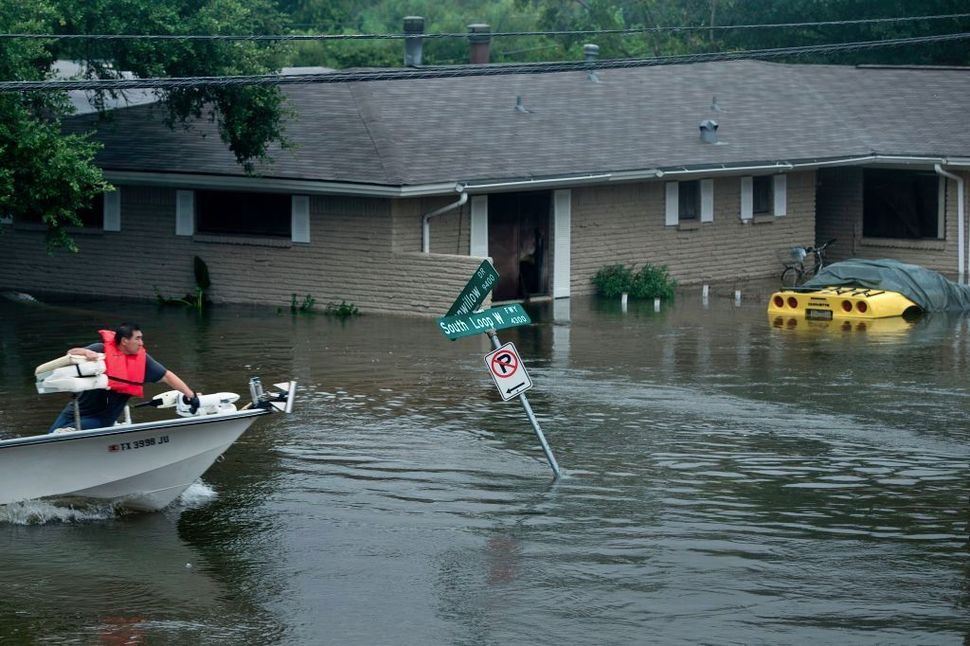 A Jewish family in the Meyerland neighborhood of Houston was only able to escape from the flooding caused by Hurricane Harvey after the water outside their home was already above their heads.

Ramit Plushnick-Masti shared her story with the Associated Press. She recounted how the water continued to rise from just six inches to reach their ankles, knees and eventually waists.

“My two older boys went to lie down: one on the dining room table and the other on his now-floating bed,” she wrote. “The higher the water got, the more polluted the water looked. There were huge cockroaches crawling from the muck. At 11:30 a.m. there was a loud splash. The TV in the living room had tumbled into the water. The fire department had answered our call but could not say when they would arrive. My boys were getting nervous.”

Some family made their way to the roof to try to flag down boats, while Plushnick-Masti posted for help on Facebook.

Eventually, a boat arrived that ferried them and others, including “two elderly people, a 6-month old baby and two dogs,” to safety in a local church.

“They had no power. There were at least 100 people there and no cots,” Plushnick-Masti wrote. “But it was dry, and we made it our home for the night.”