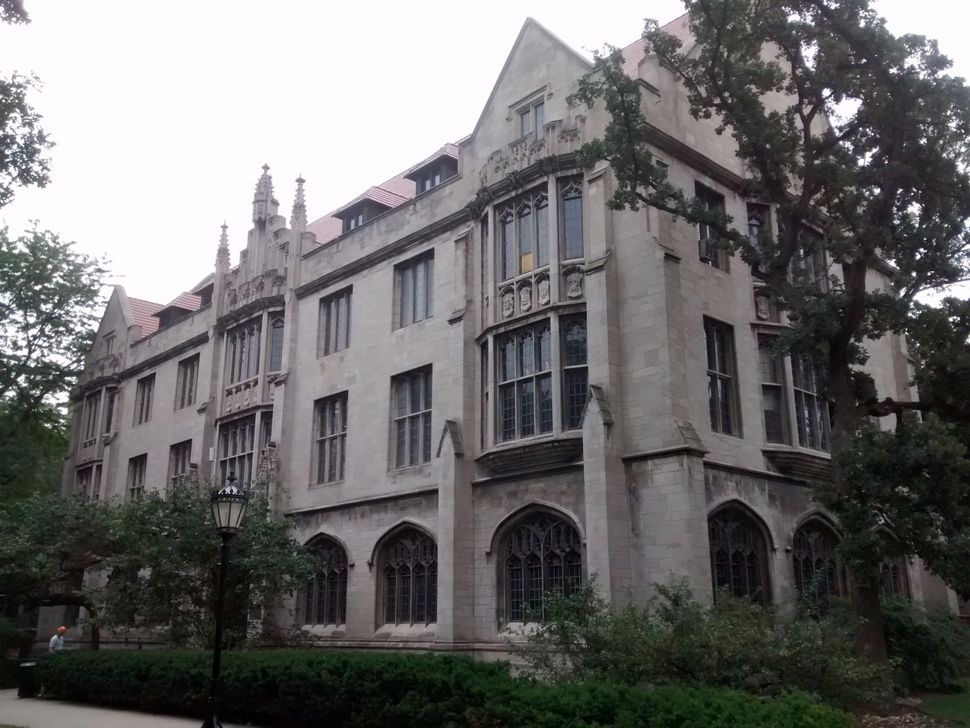 Swift Hall at the University of Chicago Divinity School. Image by Wikimeia

(JTA) — The University of Chicago Divinity School has named an Orthodox Jewish woman as its new dean.

Laurie Zoloth, 67, a bioethicist and a scholar of religion and Judaic studies, became the school’s dean in July.

Zoloth previously served on the faculty at Northwestern University, holding appointments in the department of religious studies and its school of medicine. Her research explores religion and ethics, and she has written books on Jewish social justice in health care and the Jewish perspective on genetics.

She was the inaugural director of the Jewish studies program at San Francisco State University, and in 2014 was the president of the American Academy of Religion.

Zoloth was a neonatal nurse working in impoverished communities before turning to academia. She received a master’s degree in Jewish studies and a doctorate in social ethics from the Graduate Theological Union. Zoloth also holds a master’s degree in English from San Francisco State University.

The University of Chicago Divinity School offers master of divinity degrees in what it calls “a Christian context,” but accepts students from all faith traditions, according to its website. It offers courses and research opportunities across the range of religions.