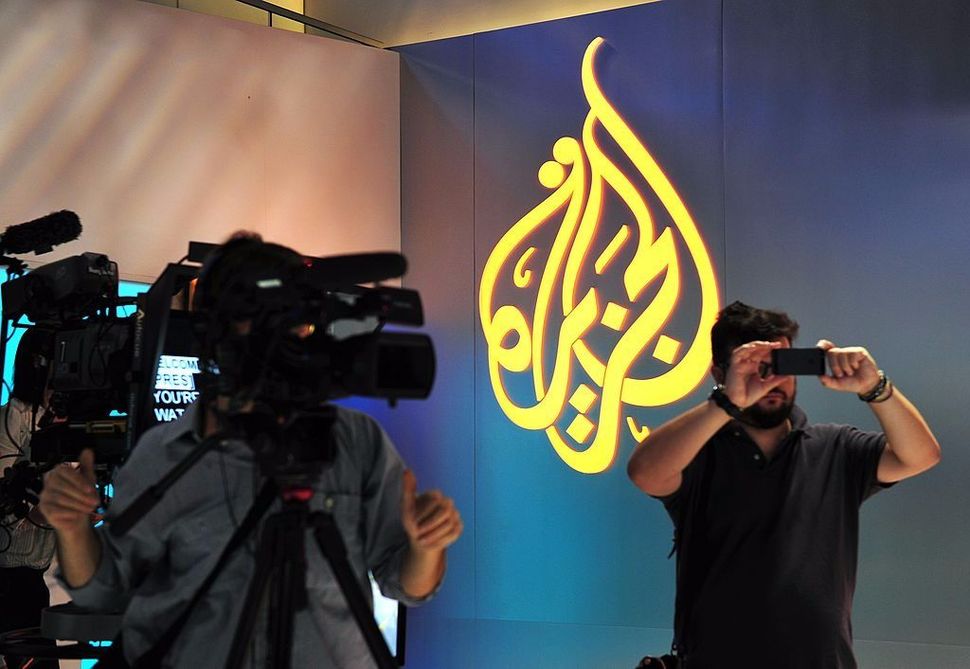 JERUSALEM (JTA) — Israel’s Government Press Office said it will defer the revocation of the press card of a senior reporter for the Al Jazeera network based in Jerusalem.

The move to revoke the press card of reporter Elias Karram, accused of aiding the Palestinian “resistance” to the State of Israel, was seen as the first step towards shuttering Al Jazeera’s offices in Israel, which has been threatened by both Communications Minister Ayoub Kara of the Likud Party and Prime Minister Benjamin Netanyahu.

The announcement Wednesday of the decision to defer the suspension of Karram’s press card for six months, during which time his press reports will be “monitored,” comes after a hearing on Aug. 21, at which Karram said “I had no intention of supporting or expressing sympathy for armed resistance,” the GPO said in a statement.

Karram, an Israeli citizen from Nazareth, has carried a GPO card on behalf of Al Jazeera since 2011.

Earlier this month the GPO had threatened to revoke Karram’s press card.

GPO Director Nitzan Chen said in a statement: “In the coming months, the GPO will monitor the network’s reports in Israel, in Arabic and in English, and will not hesitate, after consultation with legal and security agencies, to draw necessary conclusions.”