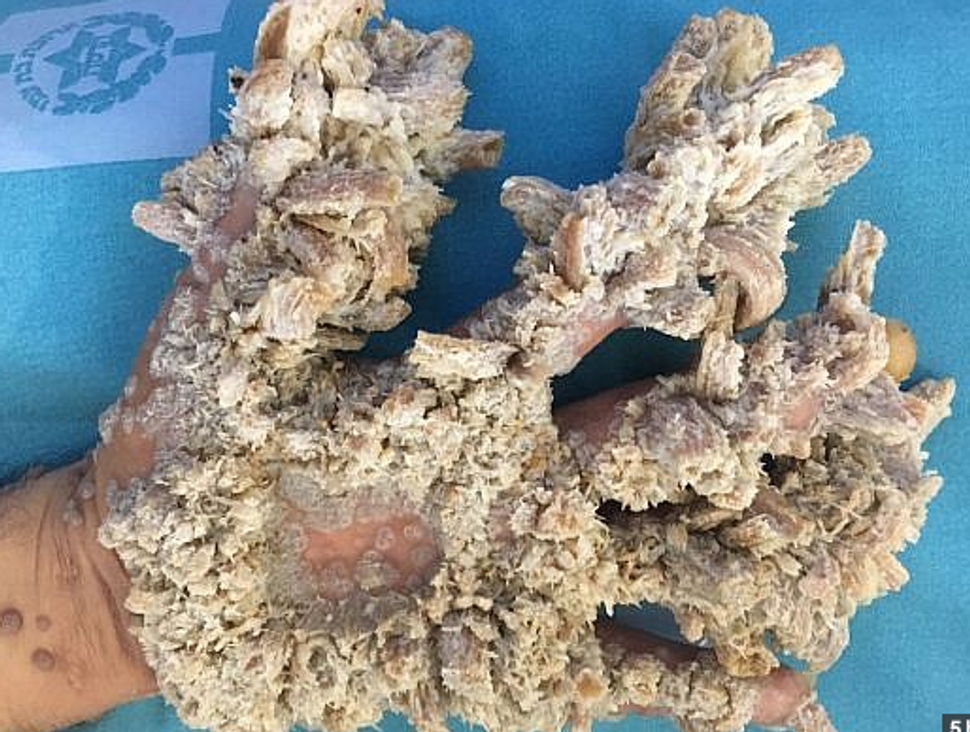 A Palestinian man with a rare disorder that led his hand to blow up and develop cysts making it resemble a tree has finally gotten the growths removed, thanks to an ambitious operation performed at Israel’s Hadassah Medical Center in Jerusalem.

“This is a very rare case that has no documentation whatsoever in the medical annals,” Dr. Michael Chernofsky, the surgeon who worked on so-called “tree man” Mohammed Taluli told the Times of Israel. His condition resulted from rare complications from the human papilloma virus, or HPV.

Taluli, who had sought care on the West Bank and Israel, thanked his doctors for their effective and compassionate treatment. “After years in which I sat at home embarrassed and could not work because of the limitation and feared cancer, the experts here at Hadassah were the only ones who gave me hope,” he said.

Taluli is now recovering at the hospital, where he is receiving medications and vaccines. He is originally from the Gaza Strip.