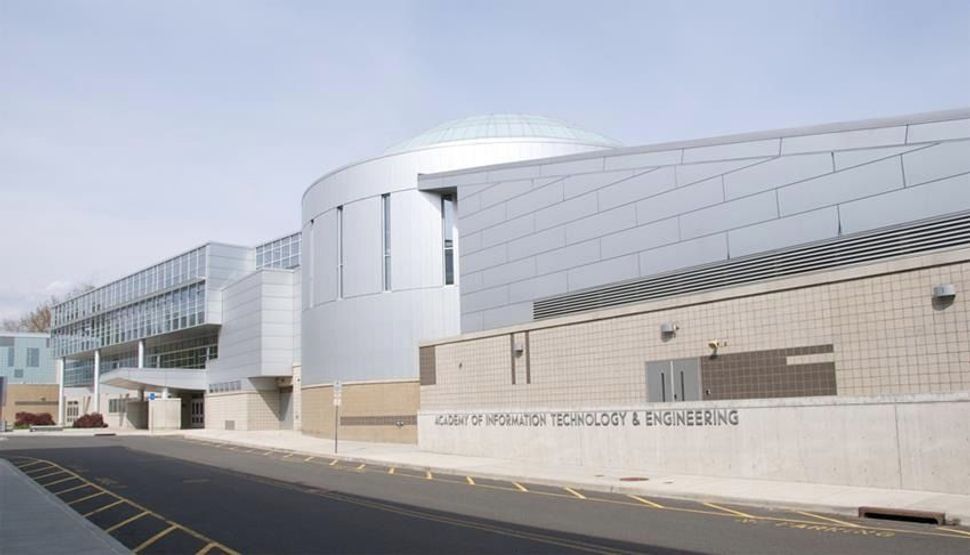 (JTA) — Swastikas and graffiti, some of it anti-Semitic, was painted on the wall of a public high school in Stamford, Connecticut.

The vandalism discovered Saturday morning at the Academy of Information Technology and Engineering was the second act of anti-Semitic vandalism to occur this summer in Stamford. In July, a city resident used feces to smear a swastika and a Star of David in the window of a television station downtown.

In addition, there are reports of two people being called anti-Semitic slurs while leaving local synagogues in the past two weeks, according to the United Jewish Federation of Greater Stamford, New Canaan and Darien.

“We cannot and will not tolerate hate in our community,” the federation said in a statement. “We call on faith leaders to come together and speak out against hate. These hateful and disturbing acts are not just a Jewish problem, but one affecting all minorities.”

The Stamford School District and the mayor both released statements saying it was important to condemn hate and racism, according to the local news Channel 12.