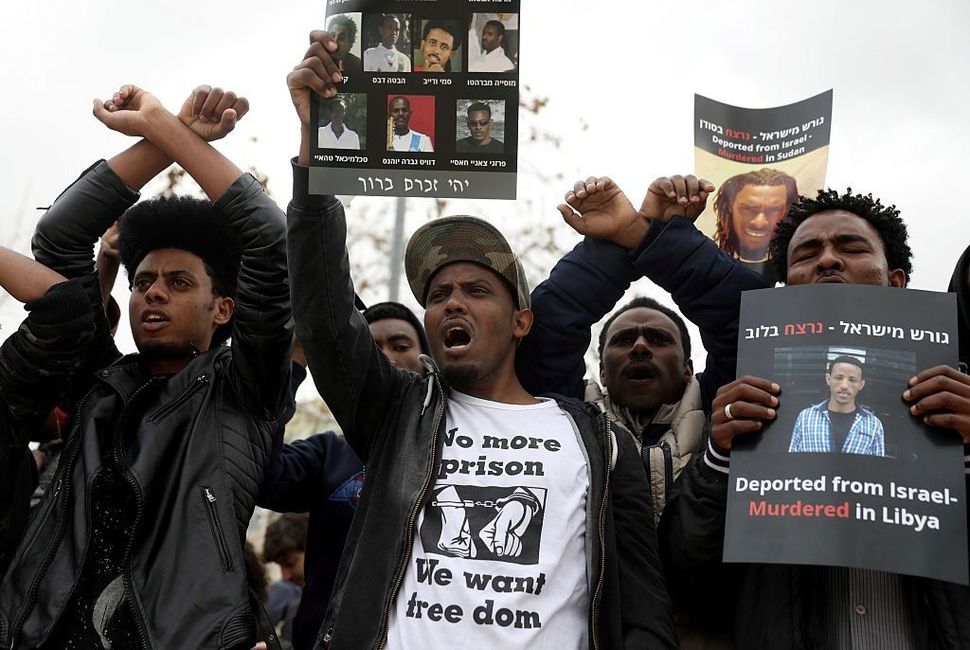 JERUSALEM (JTA) — Israeli Interior Minister Aryeh Deri has proposed an amendment that would allow illegal immigrants to be deported without their consent, contradicting the Supreme Court.

The proposal, which reportedly is backed by Prime Minister Benjamin Netanyahu and Justice Minister Ayelet Shaked, comes days after the court ruled Monday that the government cannot hold migrants for more than 60 days and that they can only be deported with their consent.

The measure adding to the existing laws on illegal migrants could be voted on as early as Sunday.

On Thursday, Netanyahu visited South Tel Aviv, which is home to thousands of African migrants.

“We are here on a mission to give back South Tel Aviv to the Israeli residents,” he told reporters. “I’ve heard the residents, and what I hear is pain and crisis.

“The residents of South Tel Aviv are the ones who became refugees in their own country,” she said.

Regev railed against the illegal employment of the migrants, who are referred to by detractors and some lawmakers as “infiltrators,” and the overcrowding of apartments with them.

The migrants have been accused of entering the country as economic immigrants, not asylum seekers who fear for their lives.