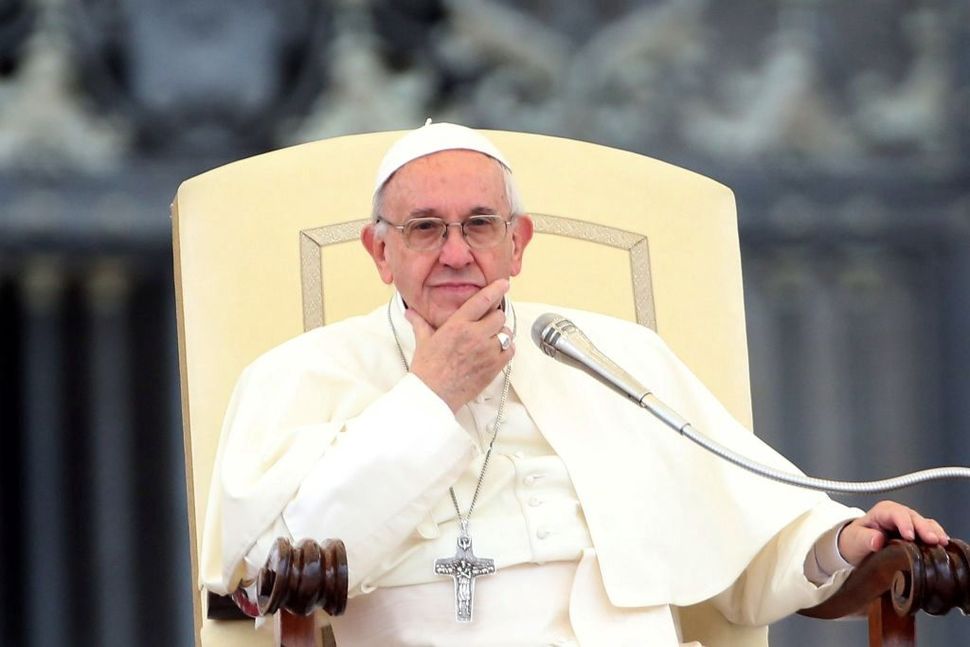 Pope Francis once underwent psychoanalysis with a Jewish analyst, according to a new book-length interview of the pontiff conducted by a French academic.

Francis said that he saw the psychoanalyst weekly for about six months when he was 42 years old.

It’s unclear why the pope specified the analyst’s religion. The full English-language text of the anecdote is not yet available.

Francis went to see the psychoanalyst “to clarify certain things,” he said. Francis said that analyst was “a very good person who helped me very much.”

If the pope’s memory is correct, he would have seen the analyst in the late 1970s. He was at the time a senior Jesuit priest living in Argentina.

The book, published in France as “Politique et société,” consists of an unedited interview between Francis and Dominique Wolton, a prominent French sociologist.