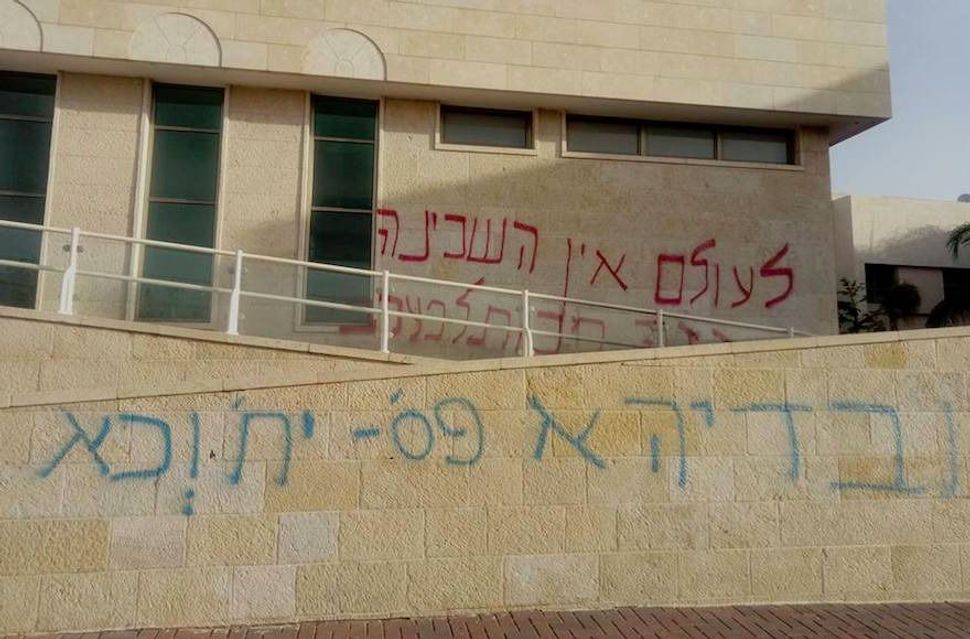 JERUSALEM (JTA) — A man from the haredi Orthodox town of Bnei Brak was indicted for making death threats against leaders of the Reform movement and for vandalizing a Reform synagogue.

The man, whose name has not been made public, was arrested last month and prosecutors asked Monday that he be held in custody until the end of his trial.

He was indicted Monday on charges of extortion, threats, vandalism, and intent to commit arson.

He allegedly also targeted the left-wing Breaking the Silence organization and threatened well-known atheists in Israel.

In November, 2016, hate graffiti was painted on the walls of the Kehilat Ra’anan Reform synagogue in Raanana and death threats left in envelopes held down by a knife addressed to prominent Reform leaders were left at its doorstep.

The phrase “The divine presence will never leave the Western Wall,” was spray painted on the building as well biblical references “Ovadia 18 and 21,” and “Psalms 139:21-22.” The Ovadia citation deals with the destruction of Israel’s enemies at the hand of a vengeful God. The Psalms citation states of enemies of God: states: “I hate them with utmost hatred; they have become my enemies.”