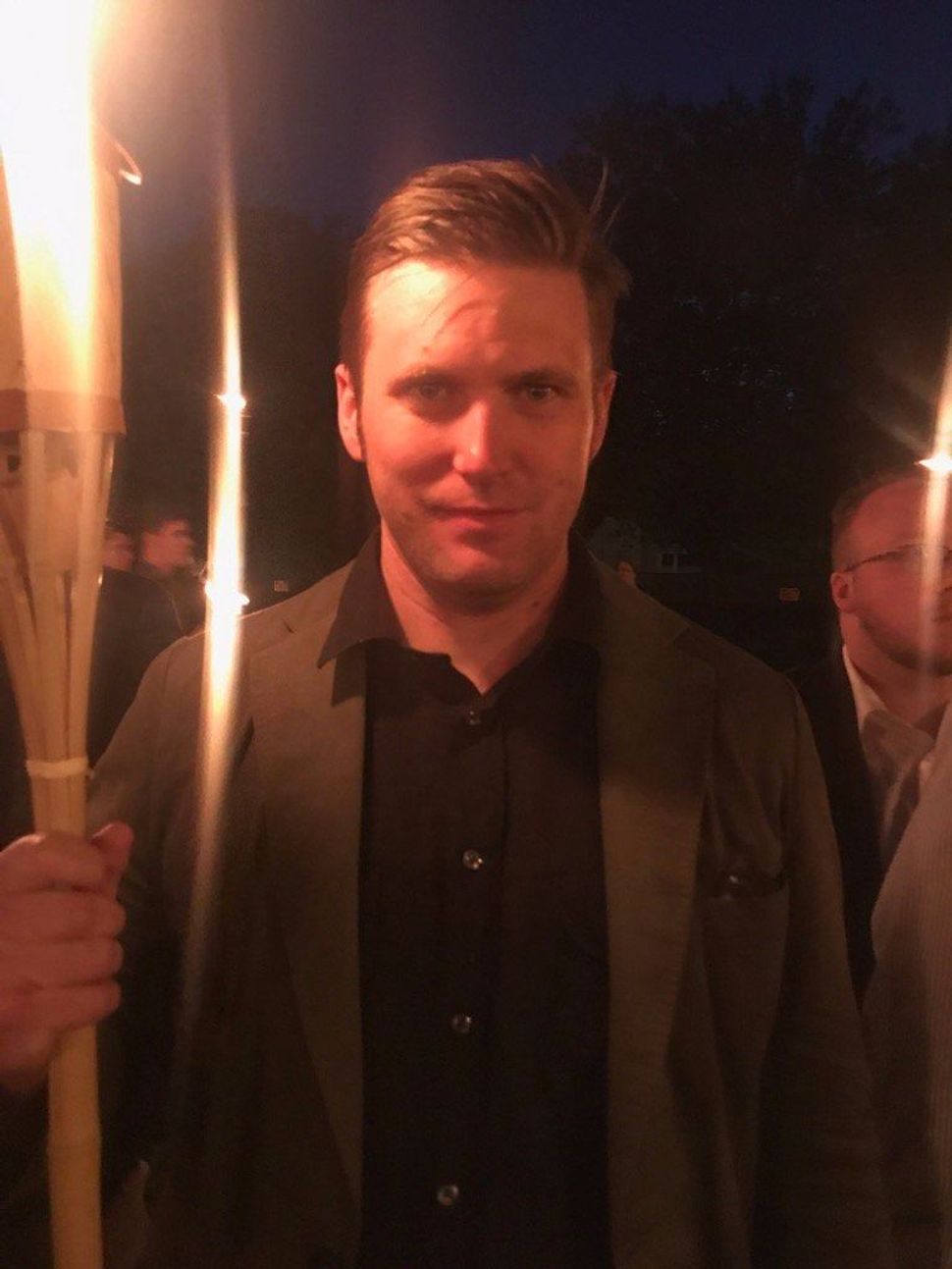 Richard Spencer’s advocacy for white supremacy has earned him international attention, with the “alt-right” provocateur appearing Wednesday night on one of France’s most popular comedy programs.

?? US Alt-Right leader @RichardBSpencer will be on French TV show #Quotidien on Wednesday 6 September. @gen_identity pic.twitter.com/vaAHqnlu6J

Spencer was interviewed on Yann Barthes’ “Quotidien” program, with the full replay of the chat still unavailable. In an available promo (seen in the video above), he’s asked about his belief in a so-called white “ethnostate.”

Powered to notoriety by the election of President Donald Trump and the Charlottesville protests, Spencer coined the term “alt-right” and spreads his ideas through a foundation known as the National Policy Institute.

The American “alt-right” has sought to find allies in France, where a vibrant far-right movement in the form of the National Front party performed well in this spring’s presidential elections.