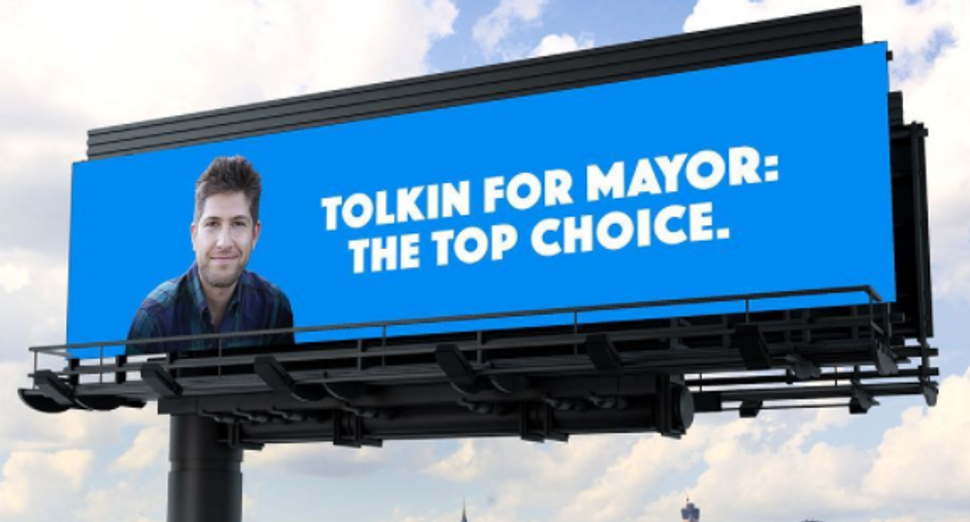 NEW YORK (JTA) — Mike Tolkin apologizes for checking his phone as he sits down at a café in this city’s Flatiron district.

The 32-year-old Democratic New York mayoral hopeful was waiting to hear Tuesday whether he would be allowed to participate in the final primary debate the following day, which would boost his exposure amid an otherwise quiet campaign.

Tolkin, a technology entrepreneur and the youngest candidate on the party’s ballot to challenge incumbent Bill de Blasio, had not met the threshold necessary to qualify for matching funds from the city’s Campaign Finance Board, a requirement to participate in the debate. But he pointed out that other candidates in the past, such as former Mayor Michael Bloomberg, had been allowed to circumvent those rules.

Later that day Tolkin found out that he would not be included — a decision he called “deeply undemocratic and grossly unfair.”

Though polling on the race has been sparse, de Blasio is expected to win the primary and general elections handily.