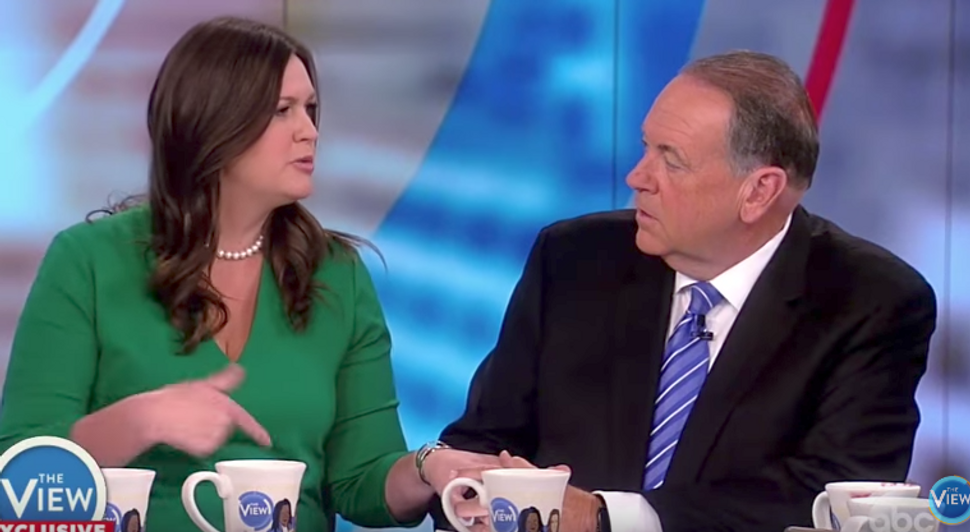 Mike Huckabee hit back at charges of racism against President Trump by saying that he allowed Jews to join his Mar-a-Lago country club in Florida.

Huckabee faced a chilly reception on the women’s show, where he appeared with his daughter and White House press secretary Sarah Huckabee Sanders.

The two, who are enthusiastic backers of the Trump administration, also pushed back on allegations that Trump opposed the press or disrespected women.

Mar-a-Lago, a historic Palm Beach estate that Trump has owned for three decades, was one of the first country clubs in town to admit Jews – often excluded from high society.