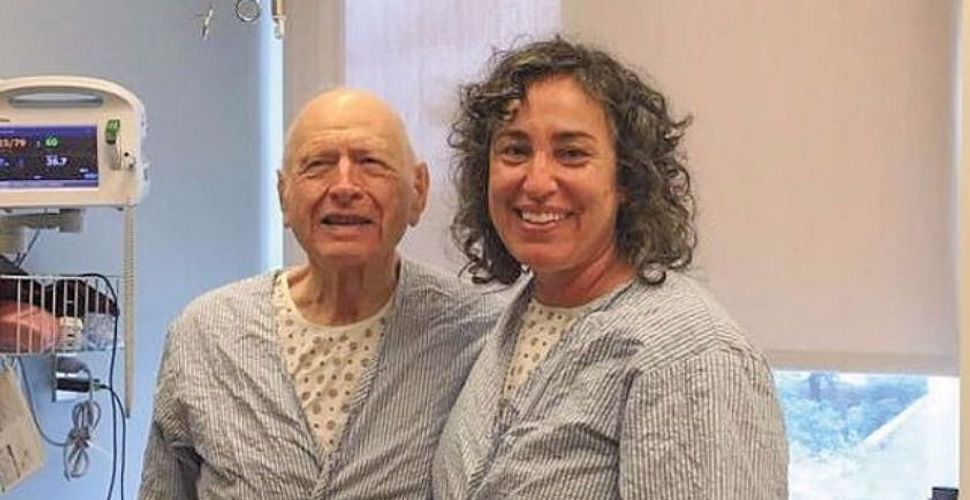 “I remember being scared of the hazan when I was little, because he had this amazing, booming voice that could fill a massive room,” Kantor said. “He and his family were such a big part of our family when I was growing up, and we stayed in touch after they left.”

Without telling Lissek, Kantor had her cheek swabbed by the Jewish organ donation agency trying to find a match for Lissek. After Kantor discovered that she was a match, she called the Lissek family to tell them the news.

“Guess what?” Kantor said she told Lissek. “I was one of the people being tested. And as of this morning, I learned I am going to have the honor of giving you my kidney.”

The surgery went off without a hitch, and both Kantor and Lissek are healing well. Lissek reports that his new kidney is doing “fantastically,” and Kantor is now attending dance classes — albeit one organ lighter.

“I am definitely not a hero,” Kantor said. “I am just someone who heals well and doesn’t particularly mind medical stuff or is terrified by it. I was healthy enough to do it, and for everything else there is Xanax.”