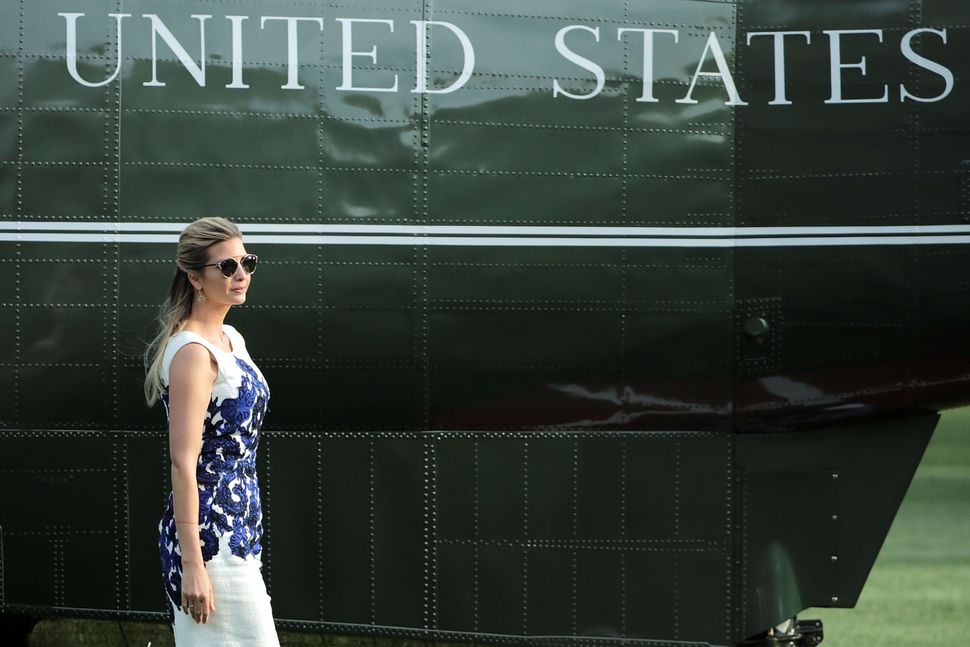 Ivanka Trump stepped into the room moments after the president shocked Republicans with the news that he had come to an agreement with Senate Democrats — apparently hoping to short-circuit any show of opposition.

According to CNN, the well-timed Ivanka Trump drop-by is a much used and effective Trump tactic.

The first daughter stepped into interviews with the president earlier this year, making nice with visiting reporters.

Trump uses the drop-in either to end a meeting before disagreements break out or to catch his guests off guard, according to the Times.

The tactic raises fresh questions about Trump’s manipulation of his daughter and key adviser, just a day after he related that she pleaded with him as “Daddy” to allow her to accompany him to a North Dakota rally.