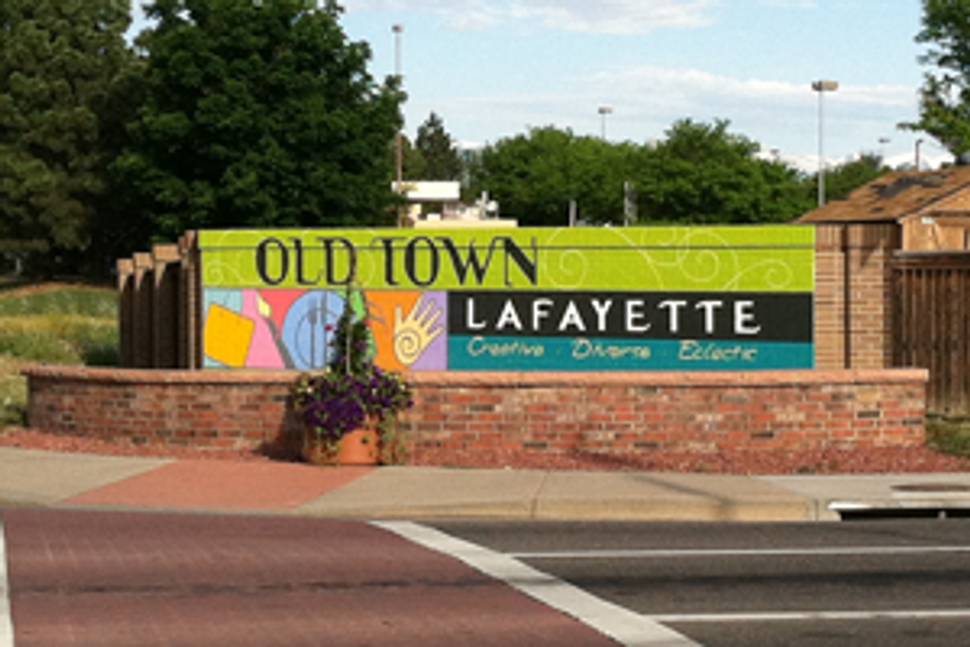 (JTA) — A swastika was carved into the front door of a Jewish couple in Colorado twice in two days.

Police do not have any suspects in the incidents from Tuesday and Wednesday in Lafayette, the Boulder Daily Camera reported.

Will and Emma Rosenbaum moved from New York City a year ago because it was quieter, according to the newspaper. They have a mezuzah affixed to their doorpost.

“I felt shocked, hurt, personally attacked and a rush of other feelings,” she said.

“You should never feel scared to be at home, home should be your comfort place. I would never attack anyone for their personal beliefs no matter what. When it gets this close to home the feelings are terrifying. I could go on and on but just to say hate cannot and should not exist in this world.”