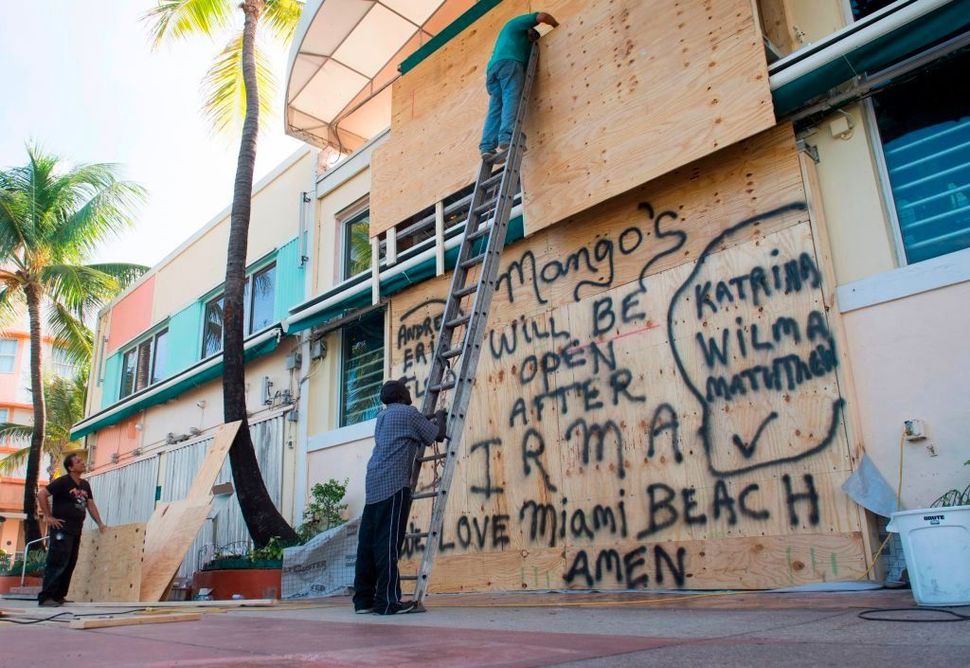 (JTA) — An influential Ashkenazi rabbi said Jews may travel on Shabbat to escape Hurricane Irma, a category 5 storm that is expected to hit Florida over the weekend.

Rabbi Chaim Kanievsky, who receives thousands of followers annually at his home in Bnei Brak, Israel, from various haredi communities around the world,  issued the call in an interview with a follower, that one of his aides filmed and posted online Wednesday.

Kanievsky’s ruling came as people in parts of three Florida counties faced mandatory evacuation orders Thursday and officials in two other counties issued voluntary orders to leave in advance of Hurricane Irma, a storm that could create one of the largest mass exoduses in US history as additional evacuations are announced. Orthodox Jewish law permits the violation of Shabbat, the Jewish day of rest, only in life-threatening or otherwise severe emergencies.

Evacuation orders led to the closure on Wednesday afternoon of the Lubavitch Educational Center, where some 1,500 students from preschool through high school are enrolled.

The path the storm will take as it rolls up Florida remains unclear Some models show the storm’s eye bending a bit, just to the east of the Florida coast, while other models take the storm directly over Miami Beach.