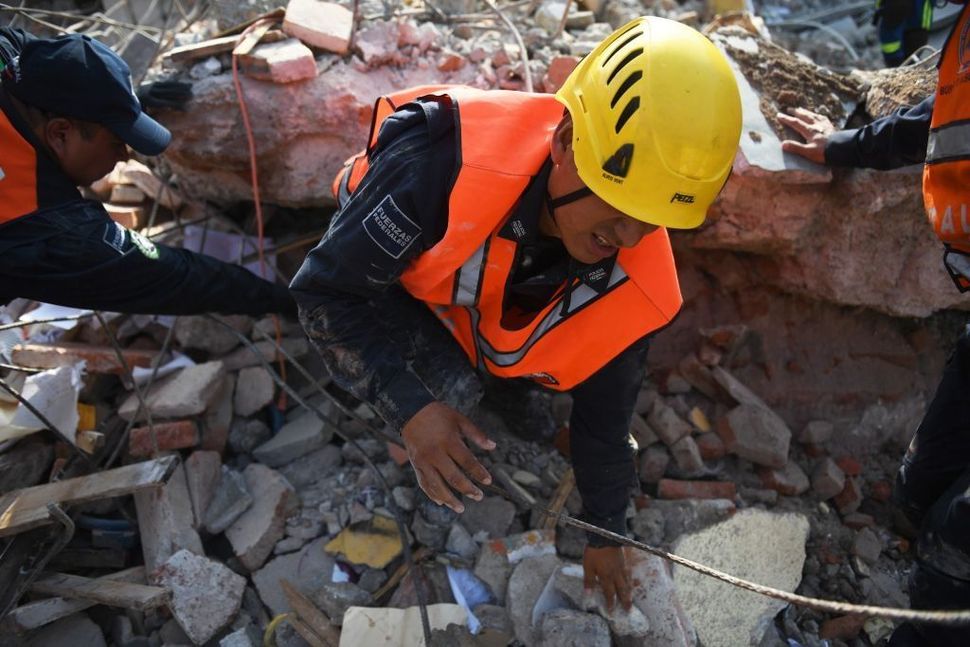 A member of the Federal Police’s rescue team searches for survivors in Juchitan de Zaragoza, Mexico, on September 9, 2017 after a powerful earthquake struck Mexico’s Pacific coast late on September 7. Image by gettyimages

JERUSALEM (JTA) — Israel will offer aid in reconstruction and any other assistance needed to Mexico in the wake of a severe earthquake.

“Israel sends condolences to the families of the victims. We understand that these are difficult days for this country, for the Mexican people,” Israeli Prime Minister Benjamin Netanyahu said Sunday during the weekly Cabinet meeting.

At least 90 people have died in the 8.1 magnitude earthquake that struck off the southern Pacific coast on Thursday night. The Mexican states of Oaxaca and Chiapas was hardest hit.

Netanyahu said he would offer the aid in person when he meets with Mexican President Enrique Peña Nieto on Wednesday, part of his visit this week to Latin American, the first such visit by a sitting Israeli prime minister. Netanyahu also serves as Israel’s foreign minister.

Israel’s Ministry of Foreign Affairs announced Sunday that together with the International Cooperation Center of the Ministry of Foreign Affairs and the Israeli Embassy in Mexico, will provide assistance to the Mexican states of Oaxaca and Chiapas. “The aid will be given in the coming days by the ambassador to Mexico, Yonatan Peled and his team to the governors of the regional states” in conjunction with Netanyahu’s visit, the ministry said in a statement.