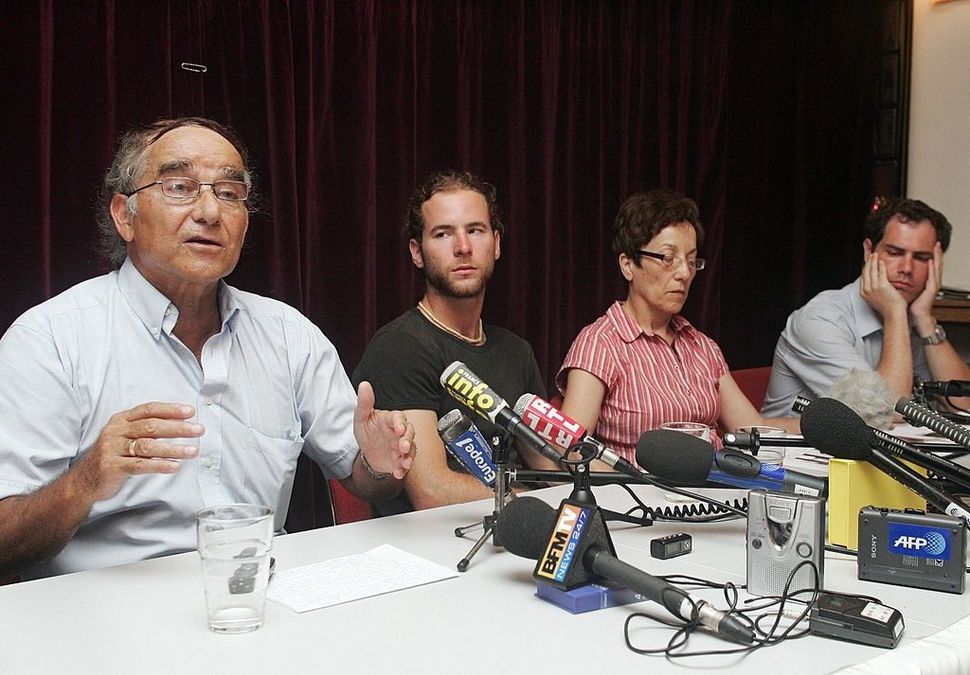 (JTA) — The family of a French Jewish leader was assaulted in their home near Paris in what representatives of French Jewry said was an anti-Semitic attack.

In the assault Thursday night, three men, two of whom were wearing masks, broke into the home of Roger Pinto, the president of the Siona group representing Sephardic Jews. The attackers beat his son and wife in the domicile in the northeastern suburb of Livry Gargan, the Dreuz news website reported Sunday.

One of the perpetrators, black men in their 20s or 30s, according to the victims’ description, told the family: “You Jews have money,” suggesting the possibility that the men had targeted the family because they are Jewish. The robbers took the family’s credit cards and jewelry and interrogated them for hours on additional goods they could steal, threatening to kill them, according to the family’s complaint to police. The men ran away after Roger Pinto managed to discretely call rescue services on a mobile phone.

The Pintos were taken to hospital for treatment. They suffered some minor injuries but were deeply traumatized, the report said.

The incident, one of several cases in France in recent years in which criminals singled out Jews out of the apparent belief that they have money, provoked passionate condemnations from the CRIF umbrella group of French Jewish communities, and the National Bureau of Vigilance Against Anti-Semitism. Both groups said the incident was an anti-Semitic attack.