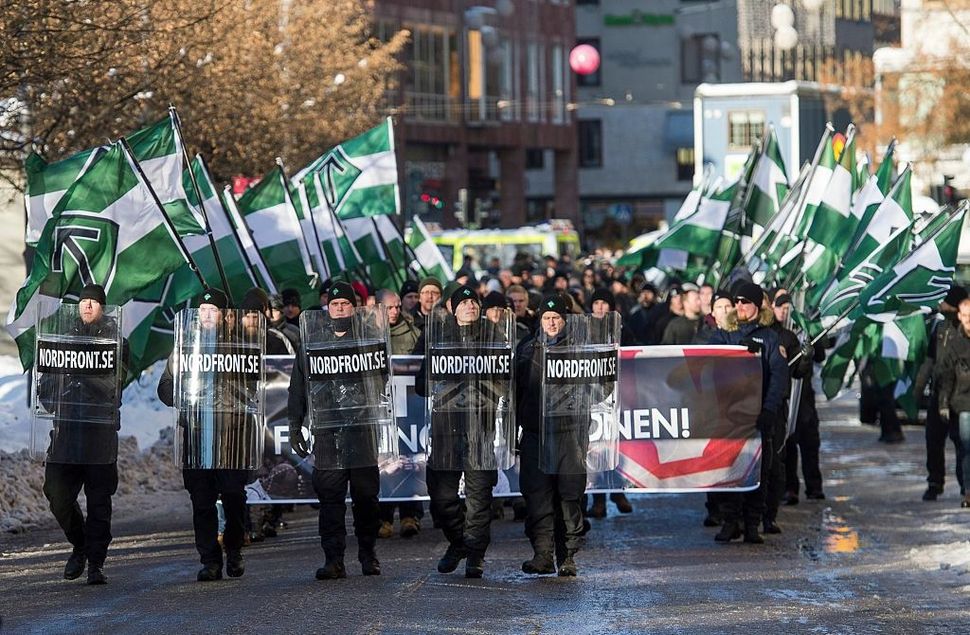 Members of the Jewish community in Sweden’s second-largest city are protesting a police decision to allow a neo-Nazi march less than 500 feet from a synagogue on Yom Kippur.

“Aside from out of fear for our own security, it evokes uncomfortable associations for us Jews,” Aron Verständig, the chairman of the Official Council of Swedish Jewish Communities, and Allan Stutzinsky, chairman of the Jewish Community in Gothenburg, wrote in a newspaper op-ed on Monday. “During the Holocaust it wasn’t unusual for the German Nazis to conduct their horrendous atrocities on the most important days of the Jewish calendar.”

Veständig told Radio Sweden that he understood that the Nordic Resistance Movement had a right to march in Gothenburg, but hoped that the rally could be moved or rescheduled.

“We’re definitely not against the march itself,” he said. “The problem is that when this passes so close to the synagogue, it causes a lot of worry among the members of the community and it also creates a security risk.”

The Nordic Resistance Movement’s route will place them at Gustaf Adolf’s Square, less than 500 feet from the Judiska Församlingen synagogue and community center.