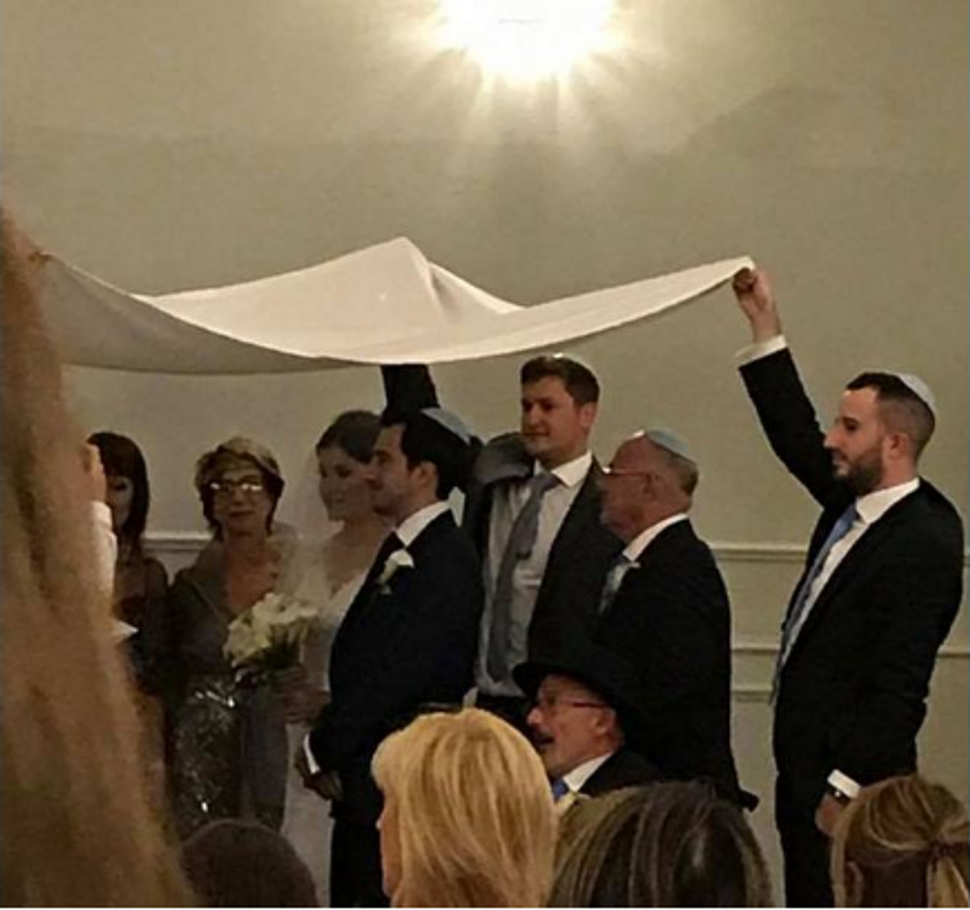 (JTA) — Gaby and Dan Rosehill wouldn’t let anything get in the way of their wedding day. Even if that thing was a bomb threat that forced all 218 guests to evacuate the hotel where the wedding was taking place.

“I was just about to be named husband and wife when the alarm went off. We had to evacuate,” Gaby Rosehill told The Jewish Chronicle about the incident on Sunday in Brighton, England.

“I had to ask the rabbi ‘Is this divine intervention? Does God not want me to get married?’” she recounted. “But he told me it was ‘just a test’ and we would get through it.”

As the bridal party gathered in a nearby hotel, the couple’s wedding planners managed to put together an on-spot wedding, chuppah and all. That turned out to be a good decision, since it took five hours for the police to clear the original venue.

The couple got married in the new location, though the bomb threat changed the order of events a bit, including police questioning the couple about anyone who may have been angry at them — in the yichud room where couples retreat for a little privacy. But the pair managed to keep up their spirits.

“Dan managed to laugh off the situation the whole way through,” Rosehill told The Chronicle.

After police deemed the incident a hoax, the couple and guests were able to return to the original venue — just in time for dessert.

“It just goes to show all you really need is love,” Rosehill said of her special day.