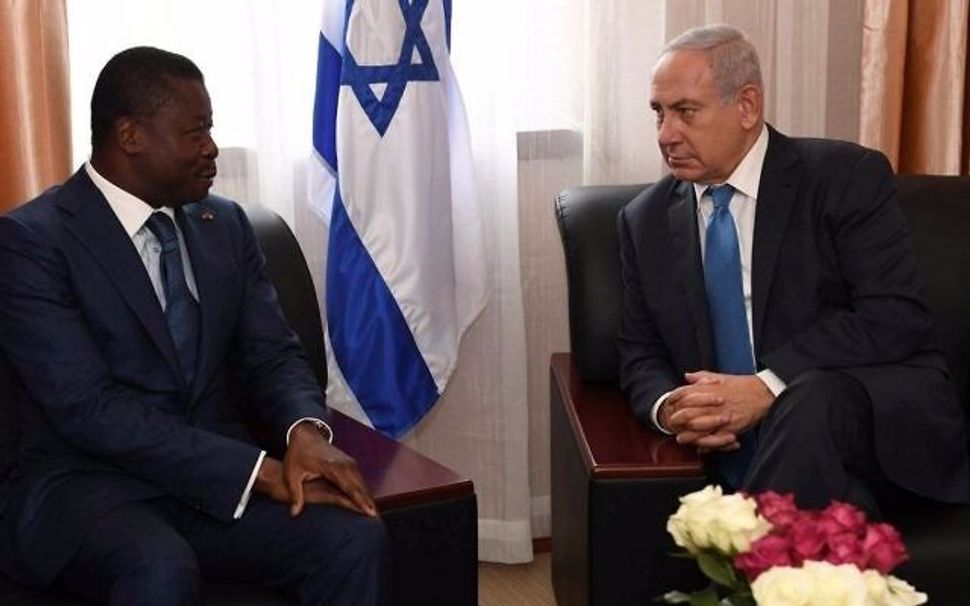 A landmark diplomatic summit involving Israel and dozens of African countries has been postponed amid a pressure campaign by pro-Palestinian activists and African Arab states to cancel the event.

The summit, scheduled for October 23-27 in the West African nation of Togo, has been postponed “to a date to be agreed upon between the two countries,” the Israeli Foreign Ministry announced in a statement on Monday.

Israeli Prime Minister Benjamin Netanyahu has prioritized diplomatic outreach to Africa, embarking on a historic tour of Rwanda, Ethiopia, Kenya and Uganda last year and renewing diplomatic ties with African countries that in some cases had snubbed Israel for 50 years.

But strong opposition to the pan-African summit emerged from the Palestinian Authority, as well as leaders in Morocco and South Africa, the Times of Israel reported.

“Various pressures have been placed on the Togolese president to cancel the conference,” Netanyahu told his cabinet last month. “These pressures are the best testimony to the success of our policy, of Israel’s presence in Africa.”

The Foreign Ministry said that despite the postponement, “Israel will continue its growing efforts in Africa as it has done in recent years.”