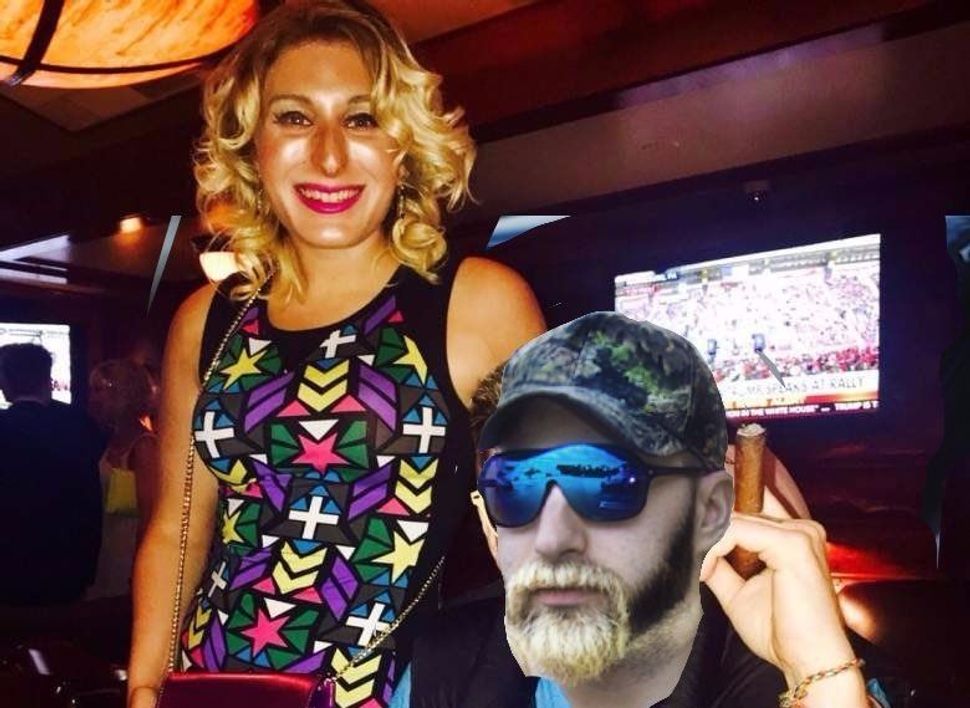 Laura Loomer, the young Jewish voice of the far right, says she has struck up an unlikely romance with Tim Gionet — the online troll better known as Baked Alaska who previously tweeted a picture of Loomer in a gas chamber.

A love story better than “The Notebook”. ❤️? @bakedalaska https://t.co/yFPtvRIuAE

“Isn’t it a cute love story?” Loomer wrote in a message to the Forward. “Alt Right leader falls for a Jewess. Better than notebook.”

And now Gionet is apologizing to his followers for his past behavior — claiming it’s Loomer who cured him of his bigotry.

I used to think nazi lingo was funny. I didn’t realize people took it so seriously- for that I want to say sorry to @LauraLoomer & my fans. https://t.co/12SBbaFI4T

Loomer says that she and Gionet started messaging each other recently, and their relationship, such as it is, consists mostly of sending memes to each other on Twitter. The two have actually met only once — months ago at an “alt-right” rally in Washington, D.C.

“He’s super into me,” Loomer wrote.

The relationship was widely dismissed as an elaborate joke by Twitter users — both characters are famous for their trolling — but Loomer sought to convince the Forward that it is the real deal. “We just started talking a lot and I told him he should work on himself,” Loomer said.

UPDATE, 7:55 p.m.: Gionet now denies that he and Loomer are dating — and is celebrating the entire thing as a prank. Loomer did not immediately respond to the news that her would-be boyfriend is denying that they’re together.