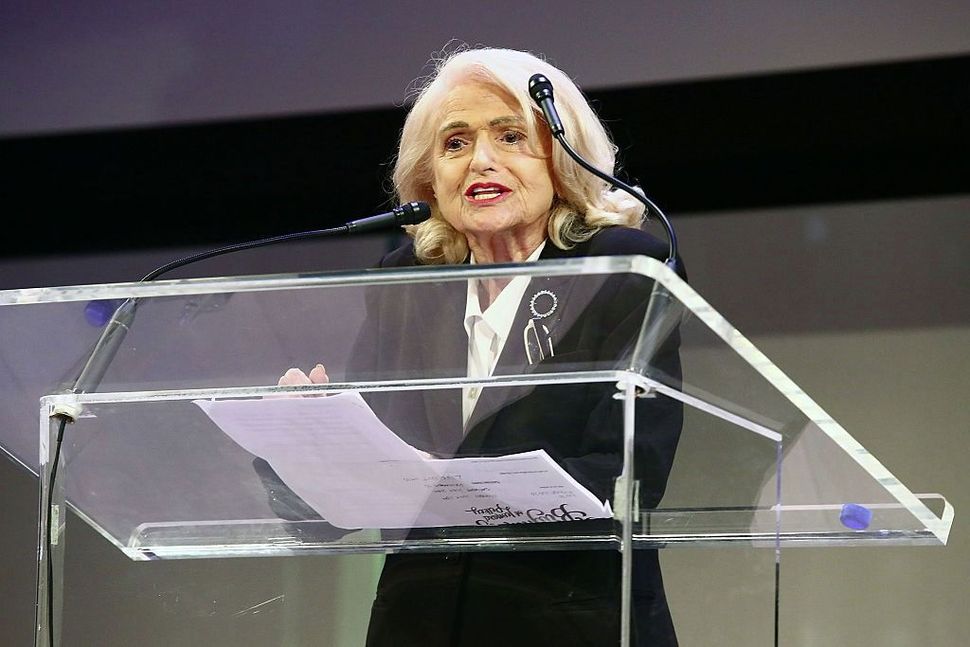 The daughter of Russian Jewish immigrants, Windsor married her first wife, Thea Spyer, in Canada in 2007, after being with her for 40 years. When Spyer died in 2009, the IRS levied on Windsor an estate tax of $363,000 — a tax from which a straight couple would have been exempt.

The U.S. Supreme Court found in her favor in 2013, ruling that the Defense of Marriage Act, which defined marriage as between one man and one woman for the purposes of the federal government, violated the Fifth Amendment.

“DOMA’s principal effect is to identify a subset of state-sanctioned marriages and make them unequal,” Justice Anthony Kennedy wrote. “The principal purpose is to impose inequality, not for other reasons like governmental efficiency.”

The defeat of DOMA was a key step in the fight for marriage equality, won two years later in the Obergfell v. Hodges decision. Windsor became a prominent gay rights figure in the years after her victory.