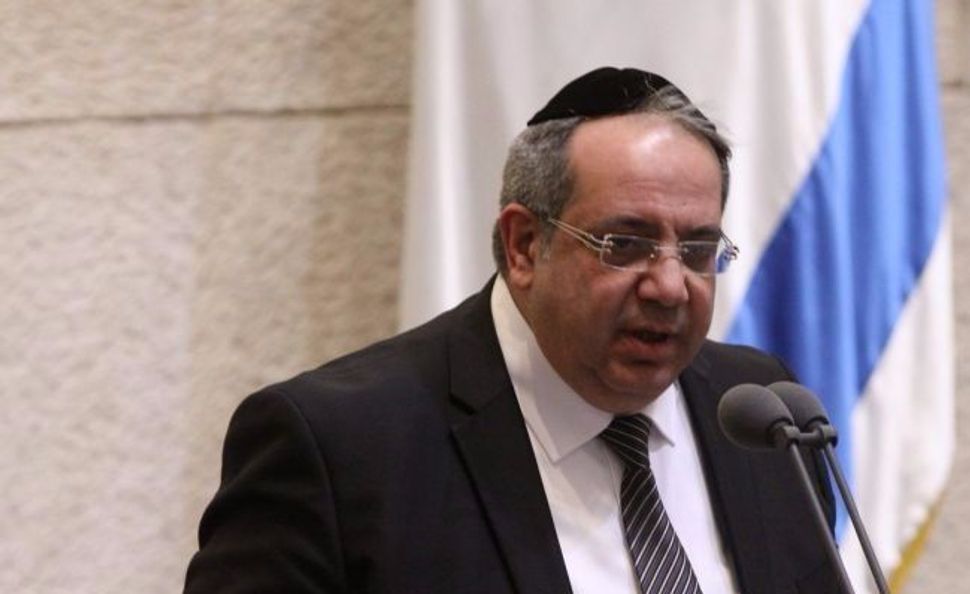 An Israeli lawmaker from the Sephardic Orthodox Shas Party resigned from the Knesset after he was criticized for attending a gay wedding.

At the beginning of the week he confirmed to Army Radio that he had attended his nephew’s same-sex wedding and that he required his entire family to attend.

“My entire family went to the wedding. I usually don’t tell my kids to what events they should go, but this time I told them attendance was mandatory. Beforehand, I told my kids: ‘We’re going to make him happy because he’s my sister’s son and I want him to be happy, but I want you to know that according to the Torah this [wedding] is forbidden and an abomination. I have no leeway on this,” he told Army Radio.

Several prominent haredi Orthodox rabbis called on the Shas party to fire Guetta. He refused to apologize for his attendance at the wedding and requiring his family members to attend, and resigned from the Knesset before he was asked to, Haaretz reported, citing unnamed people close to the Shas Party.