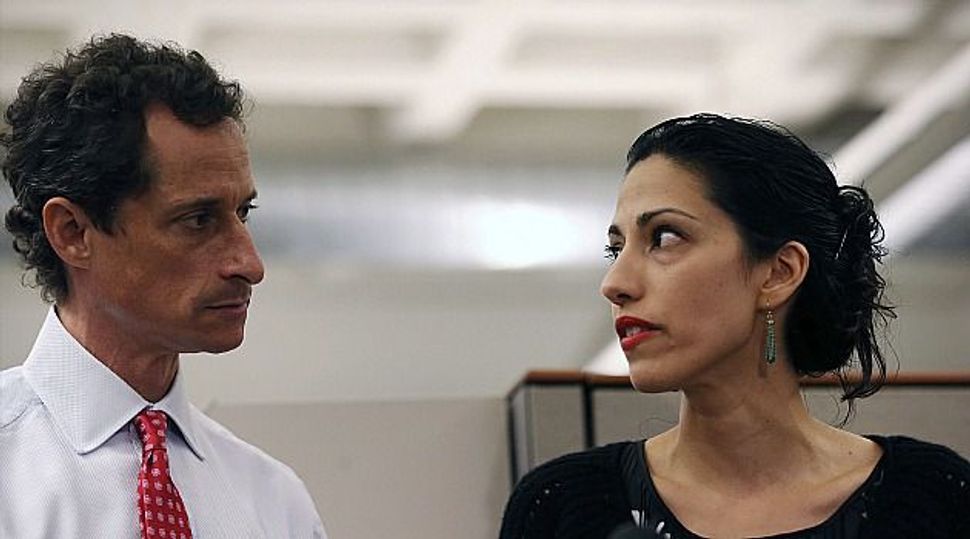 The disgraced ex-lawmaker, whose sexting scandal helped hand the White House to Donald Trump, urged a Manhattan judge to allow the case to be considered as Anonymous vs. Anonymous to frustrate reporters seeking dirt on the power couple.

Abedin, a former top aide to Hillary Clinton, also wants the details shielded from the public.

A judge said she would consider the request.

The couple broke up over Weiner’s habit of texting girls sexually explicit messages and images.

That prompted him to reopen the probe into Clinton’s email server in the dying days of Clinton’s November 2016 presidential race against Trump — a move that caused a last-minute dip in her support.

Abedin reportedly broke down in tears after hearing the news, saying, “This man will be the death of me,” Clinton wrote in her recently released book.

The couple, who left the courthouse together, chatted amiably in the courtroom. They have a 5-year-old son together.