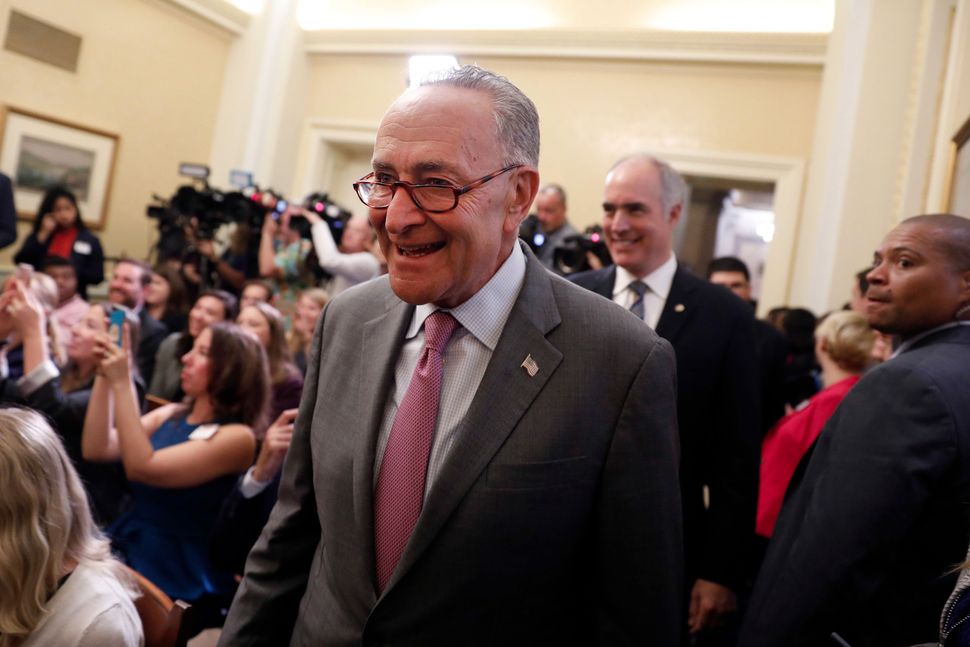 “Let’s just be real here, Brothers, it’s pretty damned bad, an author going by the name Marcus Cicero wrote on the website Occidental Dissent, responding to news of Trump moving closer to a deal with Democrats that would protect young undocumented immigrants from deportation, including Deferred Action for Childhood Arrivals, or DACA.

“You can’t even make the argument that there is some sort of negotiating ploy alive here,” Cicero lamented. “Most folks would say… we’re merely watching Jewry pulling a move honed by both time and use among peoples ranging from the Pagan Romans to the Catholic Poles.”

The triple parenthesis around Schumer’s name are a way that the “alt-right” indicates if someone is a Jew or gestures to perceived, and nefarious, “Jewish influence.” “Cuck” is the shortened version of ‘cuckservative,’ a racially and sexually charged neologism that was popularized by far-right supporters to deride conservatives who supposedly abandoned their true values.

“He would rather break bread with Leftist Jews (and marry his daughter off to one) than sit with the working man whose ancestors built up this country from swamp, woods, and hostile wilderness,” Cicero went on.