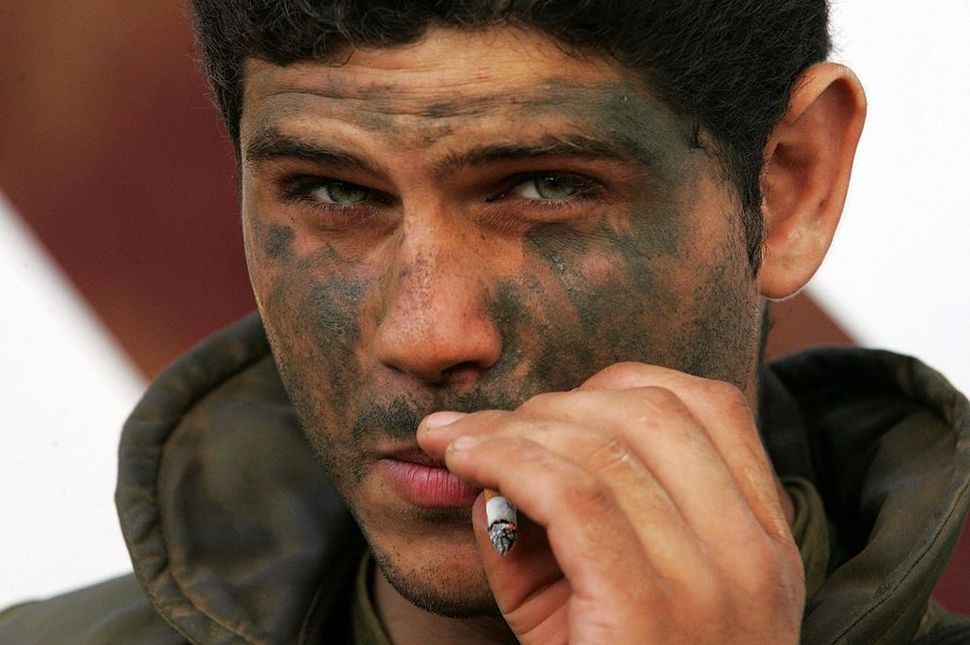 JERUSALEM (JTA) — The Israel Defense Forces has opened a new war – against smoking.

The military announced Sunday that on November 1 that it will stop selling cigarettes on 65 bases across the country and that it will prohibit smoking in public areas of the bases and will provide limited smoking areas. The IDF’s Kiriya headquarters in Tel Aviv are among those where smoking will be strictly prohibited, according to the IDF.

The new orders also proscribe that commanders cannot smoke near their subordinate soldiers. A separate smoking area will be set up for military staff, and smoking in military vehicles also will be prohibited.

The military also will launch a campaign to raise awareness of the damage caused by smoking, and smoking cessation groups will be opened and led by the IDF Medical Corps. Soldiers who enter the army already hooked on smoking will be identified and followed up on during their time in the military.

The new rules will be enforced through the army disciplinary code, and those in violation could be punished with a warning detention or a more severe punishment.

In addition, cigarettes will not be accepted as donations for soldiers.