Ultra-Orthodox Jews Clash With Police In Protest Against IDF Conscription 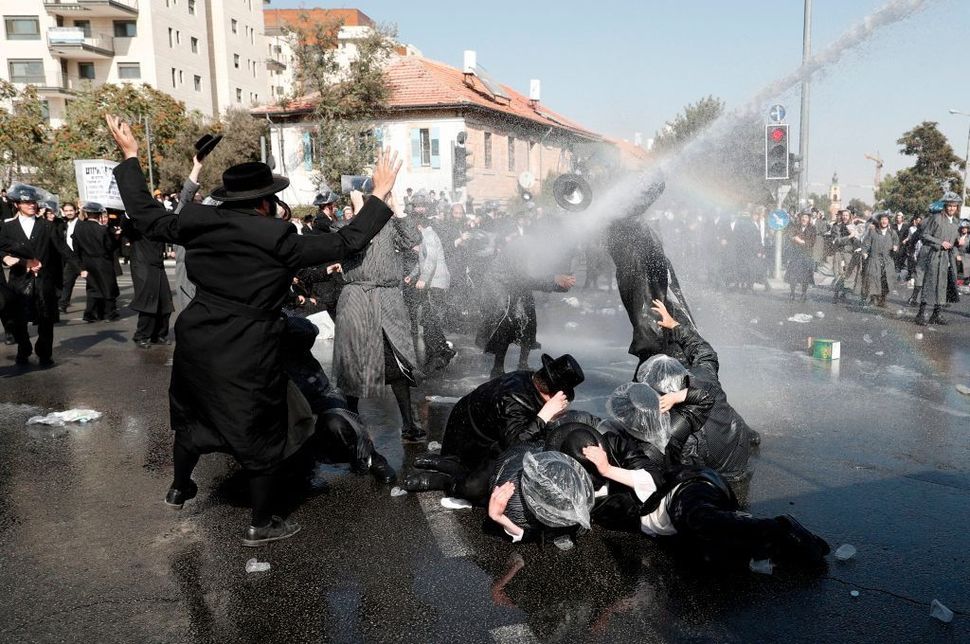 The protesters clashed with police on Sunday during the demonstrations in the Haredi neighborhood of Mea Shearim, leading to the arrest of at least 8 protesters. At least two teenage protesters were injured in the melee, Ynet reported.

Israel’s Supreme Court last week struck down a law that increased the number of draft exemptions for Haredi Orthodox yeshiva students. The court gave the government one year to rework the draft for Haredi men.

Ultra-Orthodox Jews Clash With Police In Protest Against IDF Conscription