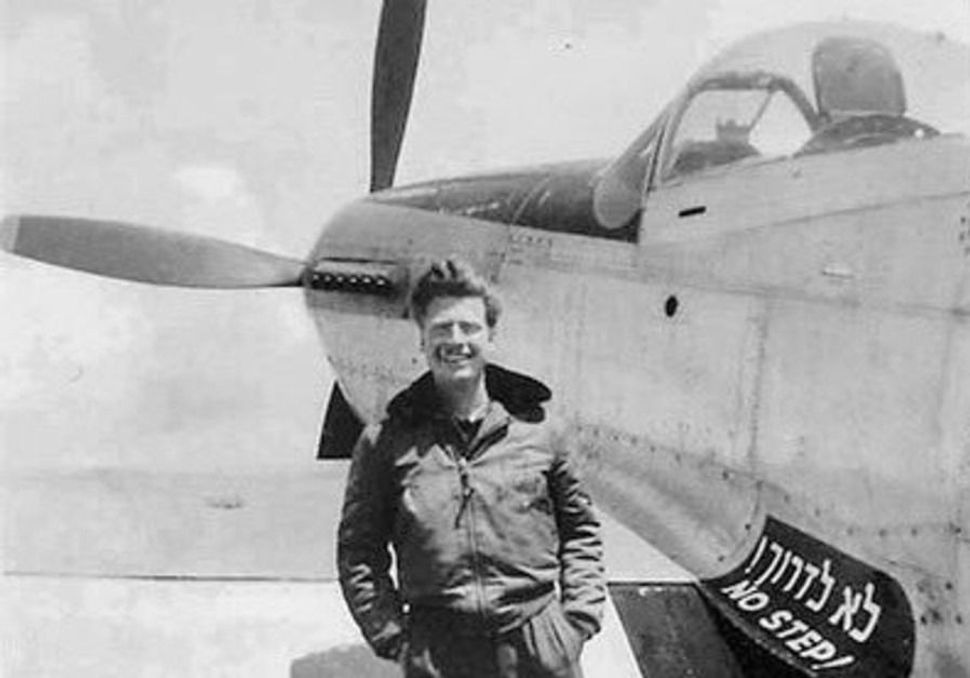 Mitchell Flint served in Machal, the unit of non-Israelis who fought for the nascent Jewish stated during its war for independence in 1948, and helped found the country’s air force. Image by Israel Air Force

Flint died on Saturday in Los Angeles at the age of 94.

Flint volunteered at the age of 18 to serve as a U.S. pilot, serving in the Pacific theater during World War II, following in the footsteps of his father, who was a Navy combat flyer in World War I.

In 1948, using the ruse of traveling to the Olympic Games in London, he got himself to Czechoslovakia and then on to the new state of Israel to volunteer his services.

“I’m Jewish, Israel desperately needed trained fighter pilots, so I thought I could perhaps do something to sustain the state,” Flint told JTA in 2012.

He flew in refurbished German fighter planes that had been captured during World War II alongside a couple of Israeli pilots who had served in Britain’s Royal Air Force, and augmented by volunteers from the United States, Canada and South Africa.

In memory of his work for Israel’s 101st Squadron, Flint last year flew a special sortie over Israel for Independence Day.

After the War for Independence, Flint returned to the United States, moving to Los Angeles and becoming a lawyer.