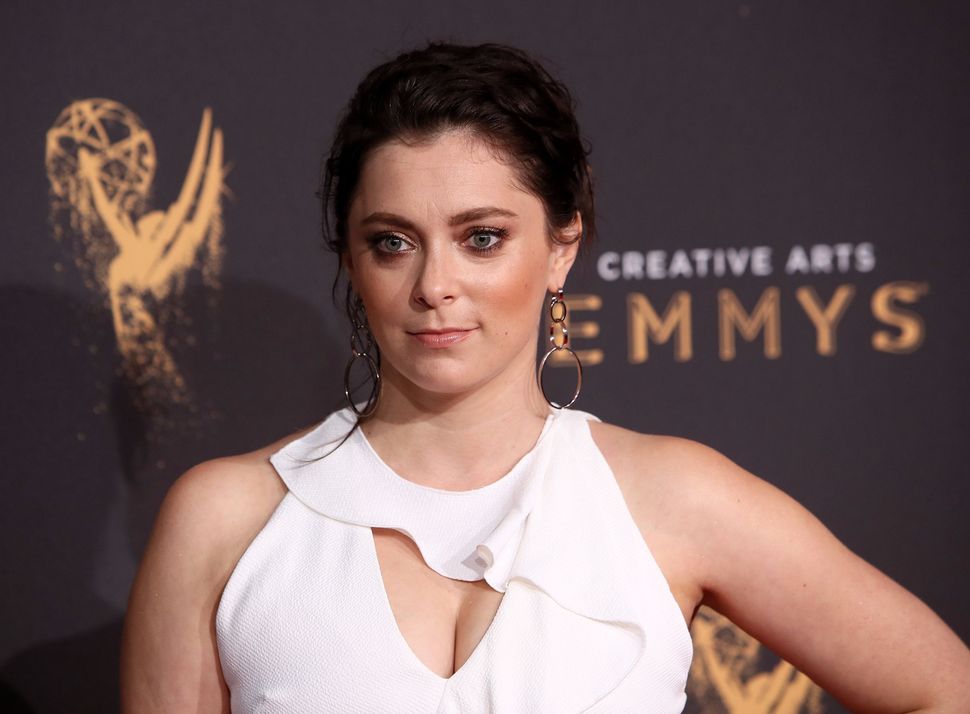 High fashion is weird. Instead of subscribing to the belief that every body is beautiful and using celebrities of all sizes as walking billboards for their questionable art, high fashion designers adhere to the school of thought that says only two types of bodies are worthy of their clothes: size zero bodies and size two bodies.

Enter Rachel Bloom, star of “Crazy Ex-Girlfriend,” former Emmy winner, and proud size NOT two. Bloom said of her chic Gucci number on the Emmy red carpet Sunday evening that she “bought this dress because Gucci is not lending me a dress.”

Why not? According to Bloom, because she’s not a size zero or two.

“I said in an interview before it is hard to get places to lend to me because I am not a size zero,” said Bloom to E! Live. “But also I can afford it, so it’s okay.”

To be clear: we didn’t ask Gucci to dress me b/c they loan to very few. That being said, pickings are still slim for non-sample size ladies

It shouldn’t come as a surprise that, despite Bloom’s success and fame, fashion houses aren’t jumping at the opportunity to have her dazzle in their clothes. She’s just another woman in a long line of female celebrities whose bodies deviate from Hollywood’s ideal — Melissa McCarthy and Leslie Jones have also gotten attention for speaking out publicly about the trials of dressing for an awards ceremony.

Hopefully, stars like Bloom will continue to speak out about the injustices of high fashion. After all, it may be too late to conquer climate change but we’ve got a real shot at convincing Gucci to one day deign to lend a high fashion pantsuit or two to the woman responsible for this music video.