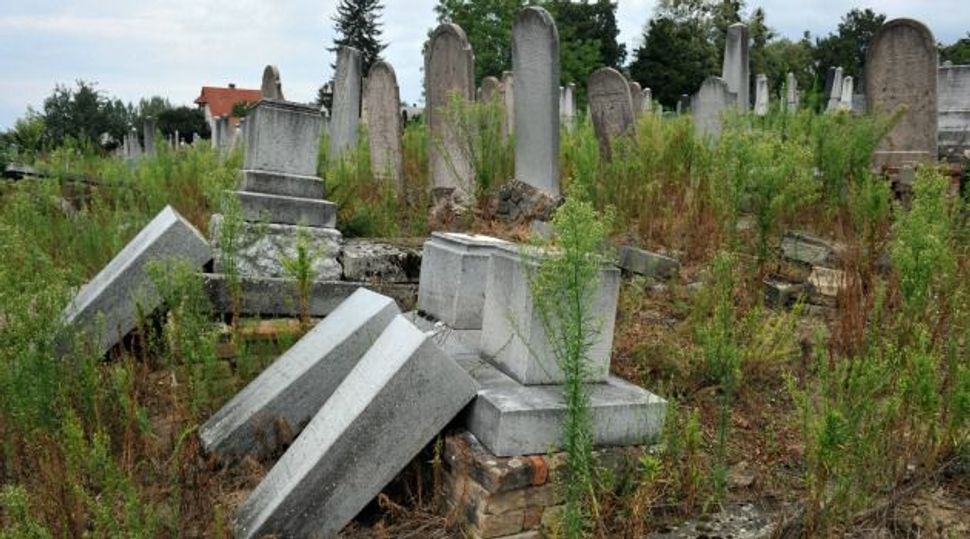 (JTA) — A juvenile court in northeastern France suspended the prison sentences of five teenagers who vandalized a Jewish cemetery and damaged a Holocaust memorial.

The defendants, who were 15 to 17 in February 2015 when the vandalism occurred, were sentenced last week to eight to 18 months in prison for toppling and breaking some 300 gravestones in the Jewish cemetery in Sarre-Union, located in the Bas-Rhin region in Alsace. The cemetery is still in use.

A Holocaust memorial monument on the cemetery property also was vandalized.

The five are also each required to serve 140 hours of community service.

Each defendant had faced up to seven years in prison. They all reportedly expressed regret for their actions during court hearings on Thursday and Friday.

Several relatives of people buried in the vandalized graves attended the court hearings. Most of the gravestones have not yet been repaired due to the astronomical cost, the French news agency AFP reported.

The youngest suspect turned himself in days after the vandalism and named the other four. He denied there was an anti-Semitic motive to the desecration.