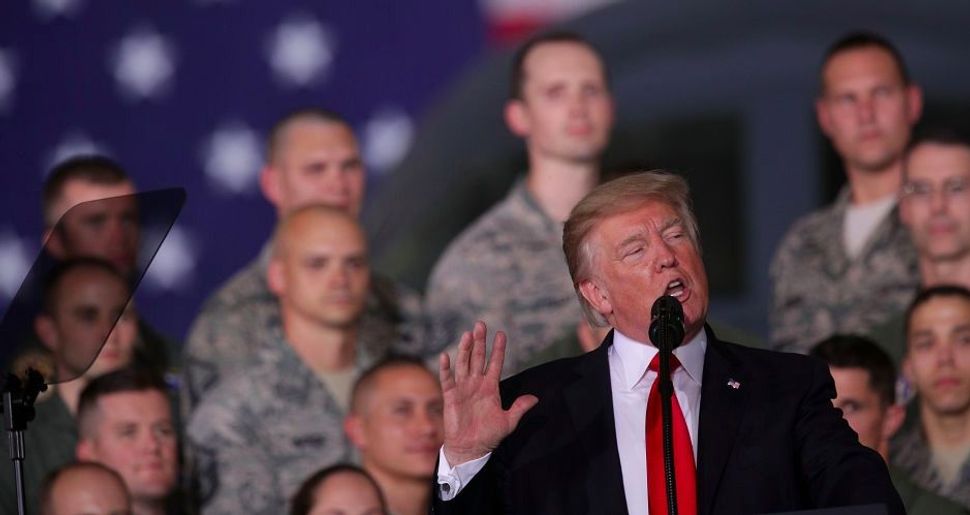 President Trump said on Monday he believed “we really have a chance” to make peace between Israel and the Palestinians.

Trump has faced deep skepticism at home and abroad over the chances for him to achieve any quick breakthrough, not least because his administration has yet to articulate a strategy for restarting a moribund peace process.

Trump has described peace between Israelis and Palestinians as “the ultimate deal.”

“Peace between the Palestinians and Israel would be a fantastic achievement, and we are giving it an absolute go. I think there’s a good chance that it could happen. Most people would say ‘there’s no chance whatsoever,’” Trump said as he began a meeting with Israeli Prime Minister Benjamin Netanyahu in New York ahead of the U.N. General Assembly’s meeting.