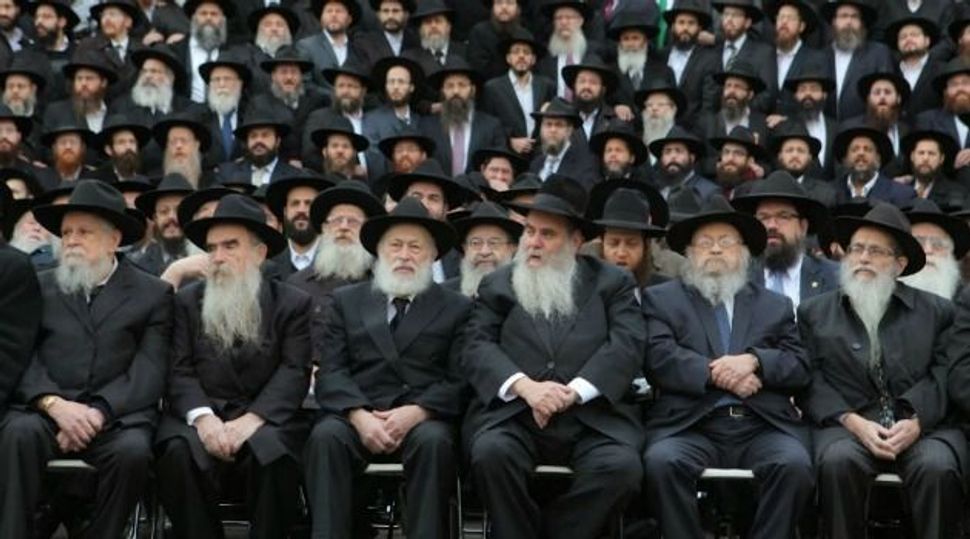 (JTA) — Rabbinic leaders of the Chabad-Lubavitch movement have signed a proclamation calling for the immediate reporting of child sexual abuse and other kinds of abuse to secular authorities.

“We recognize in light of past experiences that our communities could have responded in more responsible and sensitive ways to help victims and to hold perpetrators accountable,” reads the document released Monday.

The proclamation outlines policies that all Lubavitch institutions, including schools and synagogues, should adopt immediately. They include educating staff in identifying, responding and reporting sexual abuse, and teaching “body safety” to students. The document also states that members of communities must be made aware when a sex offender moves in to a community.

In addition to child sexual abuse and other forms of child abuse, the document includes domestic abuse, elder abuse and abuse of the disabled.

“The reporting of reasonable suspicions of all forms of child and adult abuse and neglect directly and immediately to the civil authorities is a requirement of Jewish law. There is no need to seek rabbinic approval prior to reporting,” according to the document.

Members of Orthodox communities have traditionally hesitated to involve outside authorities because of injunctions against “mesirah,” or turning over a Jew to non-Jewish authorities, and publicly airing allegations against fellow Jews, especially communal leaders.

Abuse victims and their families in haredi Orthodox communities have been expelled from religious schools and synagogues, shunned by neighbors and targeted for harassment intended to destroy their businesses or offered bribes to drop their cases.