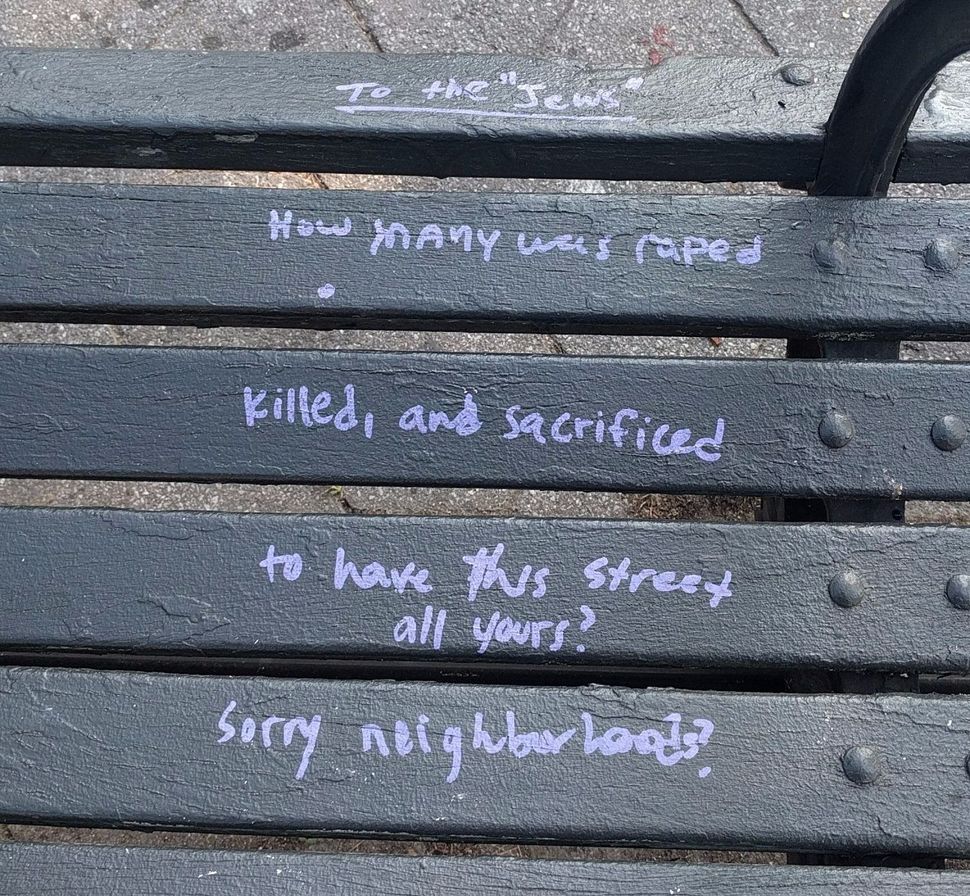 The Hasidic section of Crown Heights saw two acts of anti-Semitic vandalism over the weekend, according to social media reports.

“To the ‘Jews,’ how many was raped, killed and sacrificed to have this street all yours?” someone had scrawled on a park bench. And on a dollar bill given as change at a kosher coffee shop, someone had written in block print: “Filthy Jews use your yamika [sic] to pick up dog sh*t.”

These also surfaced in Crown Heights over the weekend – though sadly stuff like that isn’t new. pic.twitter.com/B4KcMA9Lpk

Crown Heights is the spiritual center of Lubavitcher Hasidism and the official headquarters of Chabad. The neighborhood has seen other incidents of anti-Semitic grafitti in recent months, including a swastika spraypainted on the sidewalk on Eastern Parkway.