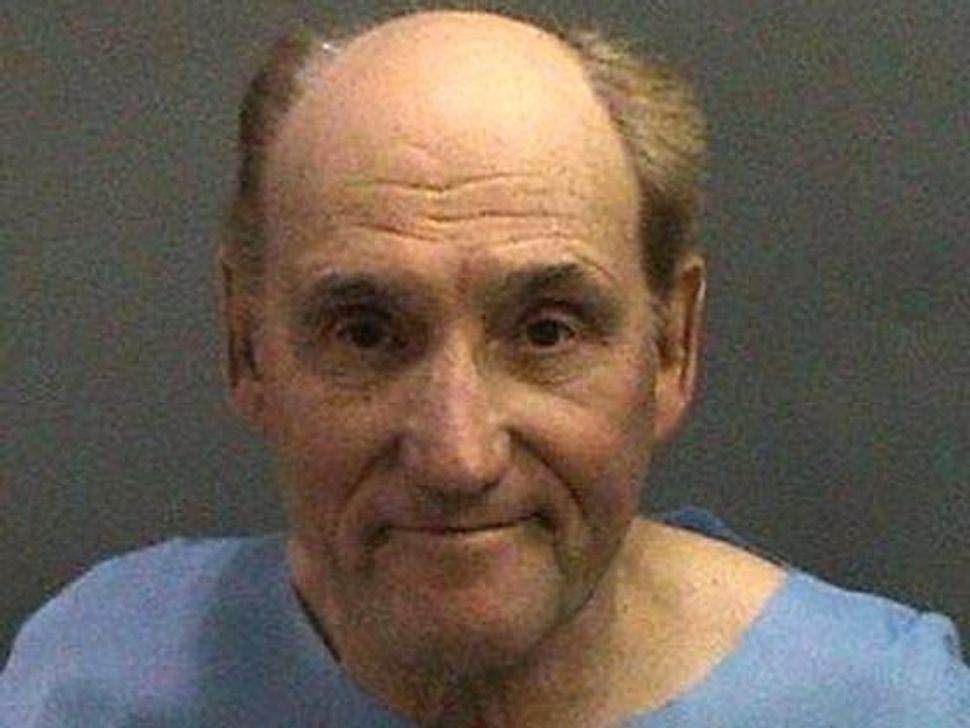 Stanwood Elkus was sentenced to life in prison for the murder of Dr. Ronald Gilbert. Image by Orange County

A California man was sentenced Friday to life in prison after being convicted of murdering a prominent Jewish doctor who he blamed for a botched procedure that left him incontinent.

In 2013, Stanwood Elkus, then 75, drove more than 50 miles to shoot Dr. Ronald Gilbert in his office after making an appointment the previous week under an assumed name.

In 1993, Gilbert, then a young doctor, had advised Elkus to get surgery on his urethra. The surgery, which was not conducted by Gilbert, allegedly led to incontinence and erectile dysfunction, which Elkus blamed on Gilbert.

Elkus’ lawyers had tried to use an insanity defense, claiming dementia and depression had affected his hearing. Jurors rejected that argument after just 40 minutes.

At the time of the murder, the Orange County Register reported that “Friends, colleagues and a longtime patient described Gilbert, a married father of two, as a devoted family man and a devout adherent to a strict sect of his Jewish faith, which he celebrated weekly at a tight-knit place of worship in Huntington Beach.”

“The world was robbed of a model citizen … our children were robbed of an amazing father,” his wife Elizabeth said at the sentencing hearing on Friday. Elkus removed his hearing aid during this portion.

The day before his death, Gilbert had received a $30 million offer to buy a pharmaceutical company he co-founded.