Apparently, Benjamin Netanyahu Has A Thing For Masks 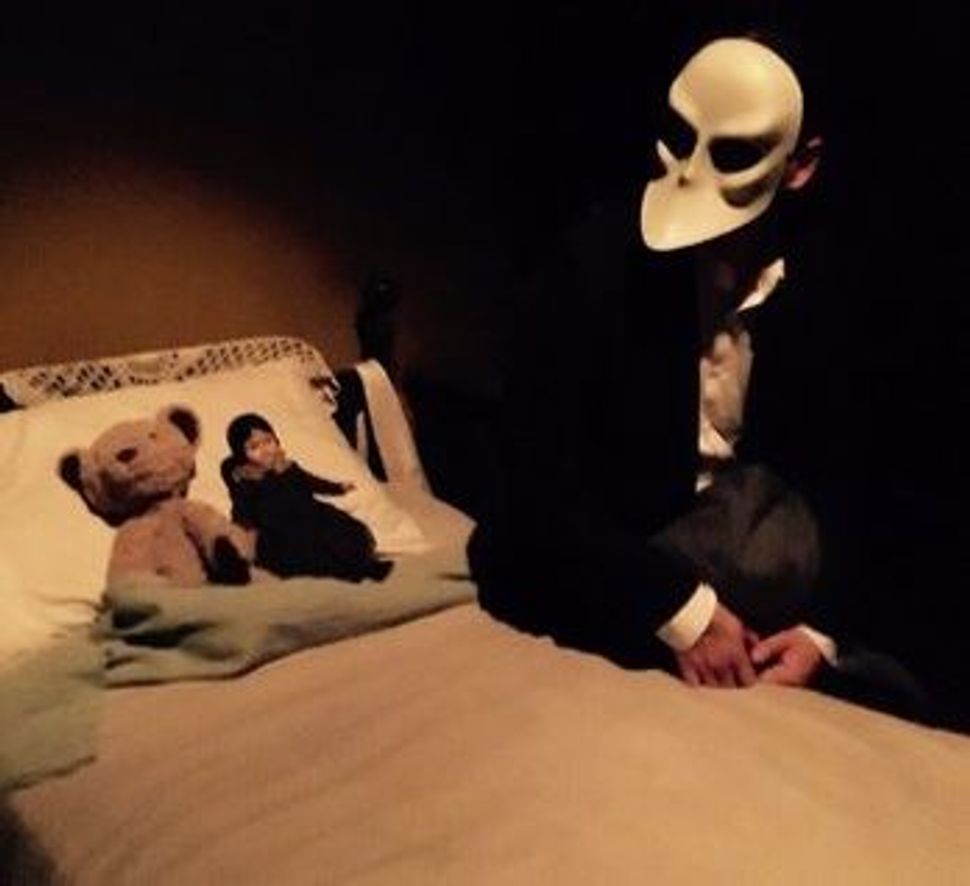 Benjamin Netanyahu has attended two showings this week of a theater performance that requires audience members to wear creepy masks, Page Six reported. The Israeli prime minister, in town for the UN General Assembly, seems to have a predilection for immersive theater productions put on by the McKittrick Hotel, which include the show “Sleep No More.”

At this week’s performances over 80 security personnel were on hand to attend to the prime minister — a mix of US and Israeli agents.

At dinner after the show, the prime minister apparently rubbed shoulders with surf-rocker Jack Johnson.

Apparently, Benjamin Netanyahu Has A Thing For Masks