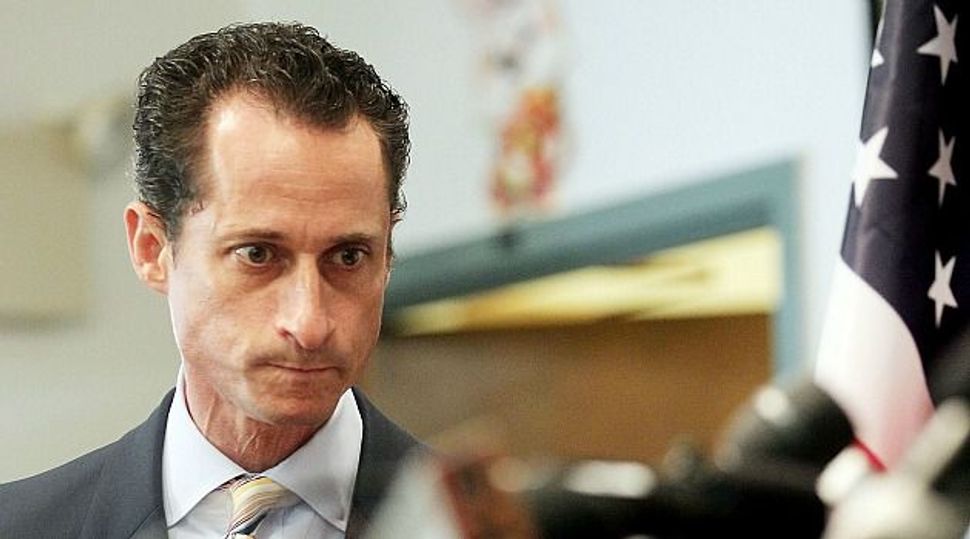 U.S. prosecutors on Wednesday sought a prison sentence of 21 to 27 months for former Congressman Anthony Weiner, who admitted to sending sexually explicit messages to a teenage girl in a “sexting” scandal that played a role in last year’s U.S. presidential election.

“Weiner, a grown man, a father, and a former lawmaker, willfully and knowingly asked a 15-year-old girl to display her body and engage in sexually explicit conduct for him online,” prosecutors said in a filing in Manhattan federal court. “Such conduct warrants a meaningful sentence of incarceration.”

A lawyer for Weiner, who is scheduled to be sentenced by U.S. District Judge Denise Cote next Monday, could not immediately be reached for comment.

In a court filing last week, Weiner’s lawyers asked that he be sentenced to probation with no prison time, saying he acted out of the “depths of an uncontrolled sickness” for which he was now being treated.

Weiner, 53, pleaded guilty in May to transferring obscene material to a minor.

The investigation into Weiner’s exchanges with the teenage girl roiled the 2016 U.S. presidential campaign in its final days, when authorities found emails on Weiner’s laptop from his wife Huma Abedin, an aid to Democratic presidential candidate Hillary Clinton. Abedin has filed for divorce.