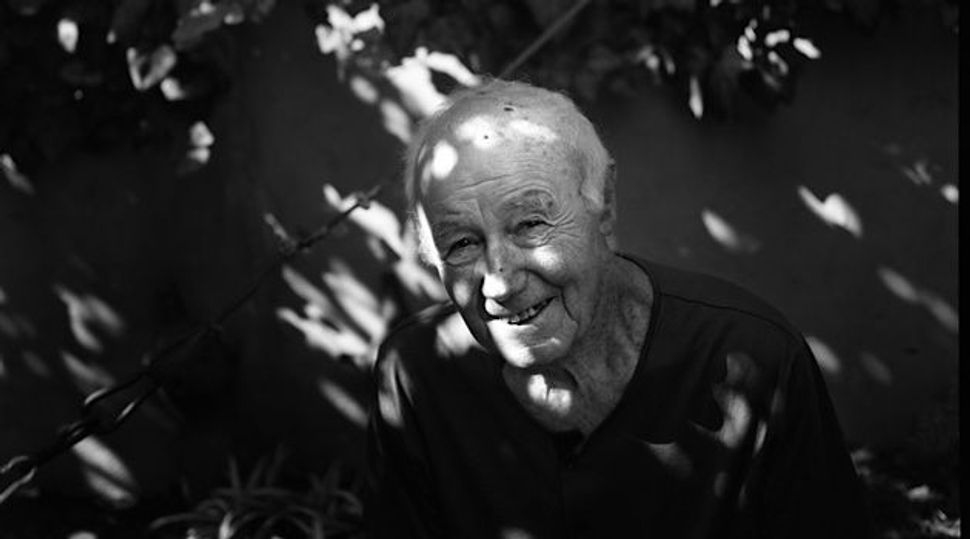 Raise a Glass: Simha Rotem, 82, is a survivor of the Warsaw ghetto uprising. Image by Getty Images

The letters were published in Remigiusz Grzela’s book “Irena’s Choice.”  PWN was ordered to apologize to Rotem and donate $5,900 to charity.

The verdict was issued by the Appeals Court in Warsaw on Friday. Two years ago the District Court in Warsaw found that there had been no violation of the law, since the daughter of Irena Gelblum had agreed to publish the letters. But the letters were written by Rotem, and he did not give his consent.

Rotem, 92, lives in Israel. He is among the last living fighters of the Jewish Combat Organization, or ŻOB, which fought in the Warsaw Ghetto. Gelblum was his partner during the war and soon after. He wrote to her letters which, without his knowledge and consent, were published in Grzela’s book. The letters included – as stated in the statement – “private confessions and feelings,” which Rotem said he did not plan to publicize.

Gelblum was a member of the Jewish Combat Organization and participated in the Warsaw uprising. She left Poland in 1968. To cut herself off from the past she changed her name to Irena Conti Di Mauro, pretending to be an Italian poet.

PWN is required to publish the apology on its website.