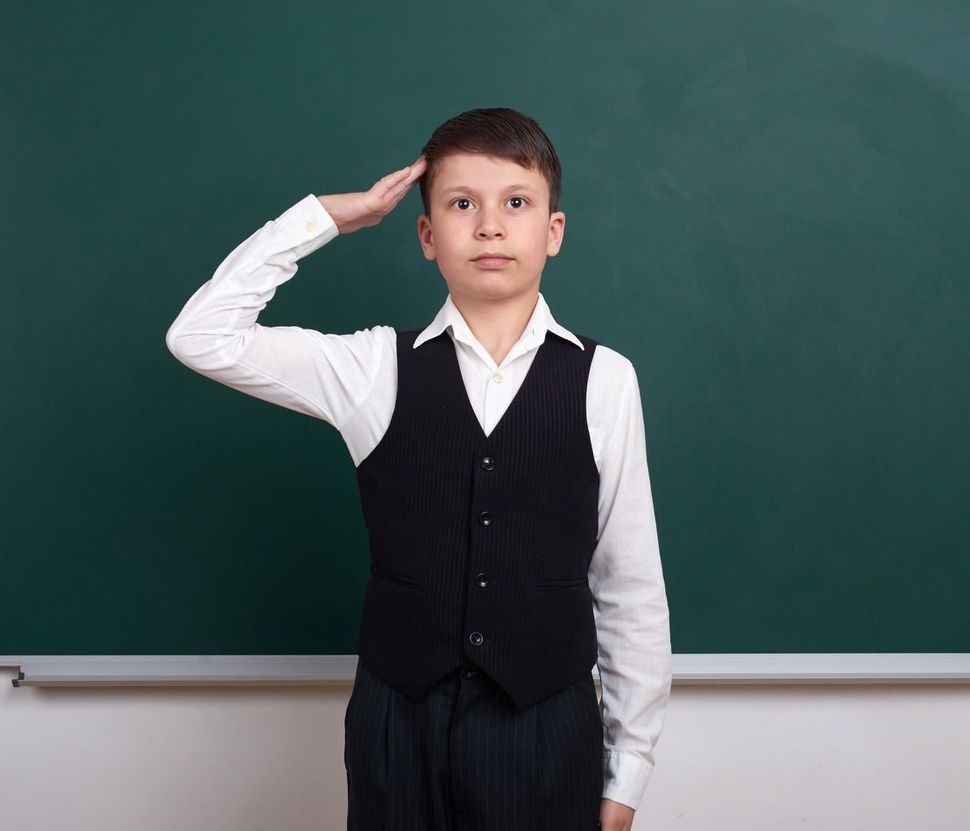 (JTA) — A Vermont substitute teacher was fired after she was accused of teaching children how to make the Nazi salute.

Ned Kirsch, the school superintendent of the Georgia Elementary School in Georgia, Vermont, said in an email to parents Thursday that the school took immediate action after the teacher admitted to teaching the students the “Heil Hitler” action, according to local news station WCAX.

The young students were seen “standing with their arm out in front of them and the teacher was modeling the position. She then raised her arm slightly and said ‘and now we say Heil Hitler,” Kirsch’s email to parents said.

The teacher has substituted for several years, according to WCAX.

A guidance counselor was to visit the children in the classroom to talk to the students and make sure they feel safe, according to the report.