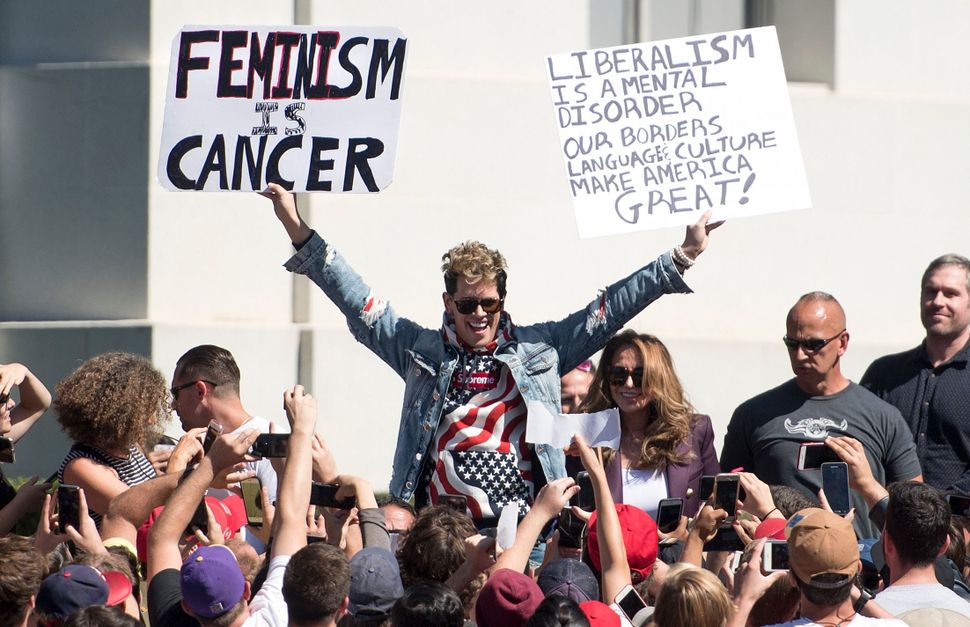 However, Yiannopoulos showed up anyway on Sunday. According to Quartz, Berkeley was forced to pay $800,000 in security fees during Yiannopolos’ twenty-minute appearance.

The student group, the Berkeley Patriot, a conservative student news publication, said it decided to cancel the event on Saturday “through its outside legal counsel.”

The following day, Yiannapoulos posted a letter sent by the Berkeley Patriot’s legal counsel to the school’s administration on Instagram, claiming that the student group had “been subjected to extraordinary pressure and resistance, if not outright hostility” while planning its Free Speech Week event.

Yiannapoulos was only able to remain on campus while surrounded by law enforcement in riot gear, as he was swarmed by hundreds of protestors.

In February, Yiannapoulos cancelled a planned speaking engagement at Berkeley due to violent protests of his appearance.