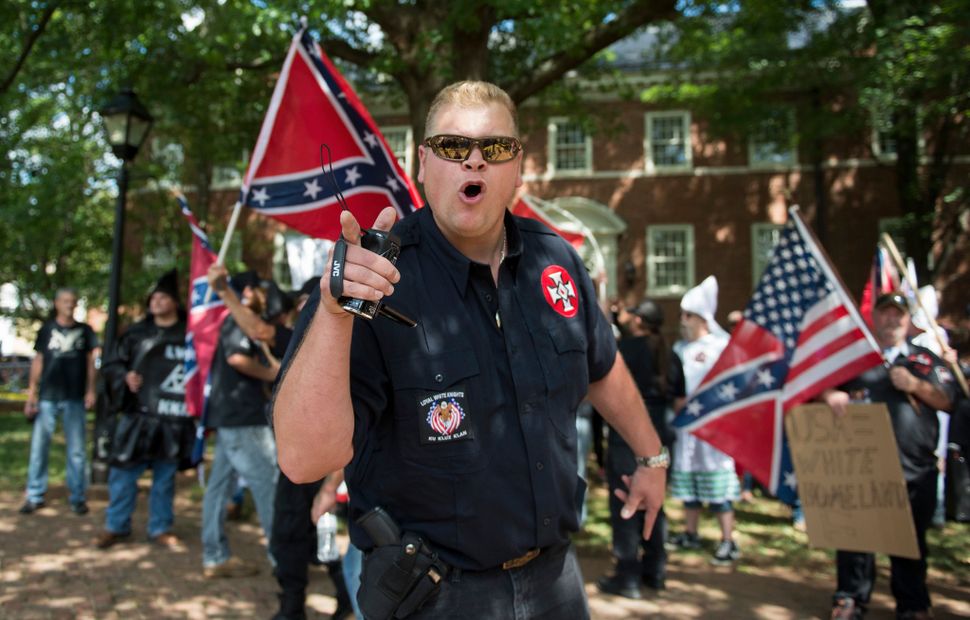 A KKK member at a rally for protecting monuments to Confederate figures in July in Charlottesville, Virginia. Image by Getty

Stormfront, one of the oldest hate sites on the internet, is hosting a conference in eastern Tennessee starting Friday, the Knoxville News-Sentinel reported. The online forum, which has over 300,000 members around the world, will host the weekend gathering at an undisclosed location in the Great Smoky Mountains.

The event will feature speeches from David Duke, a former Ku Klux Klan Grand Wizard, and Sam Dickson, the KKK’s attorney, as well as a nature walk in honor of Duke. It is the seventh such gathering hosted by Stormfront.

“Rest assured that no Jews, race mixers, or homosexuals will be present at this event,” wrote neo-Nazi blogger Bill Roper of the gathering.

Stormfront recently lost its domain after its IP provider seized it following the white supremacist rally in Charlottesville last month. The site attempted to register a domain in Albania, but the effort failed. Reports from far-right media sources suggest that Stormfront members have been able to get around the domain seizure in order to use the site’s chat forums.