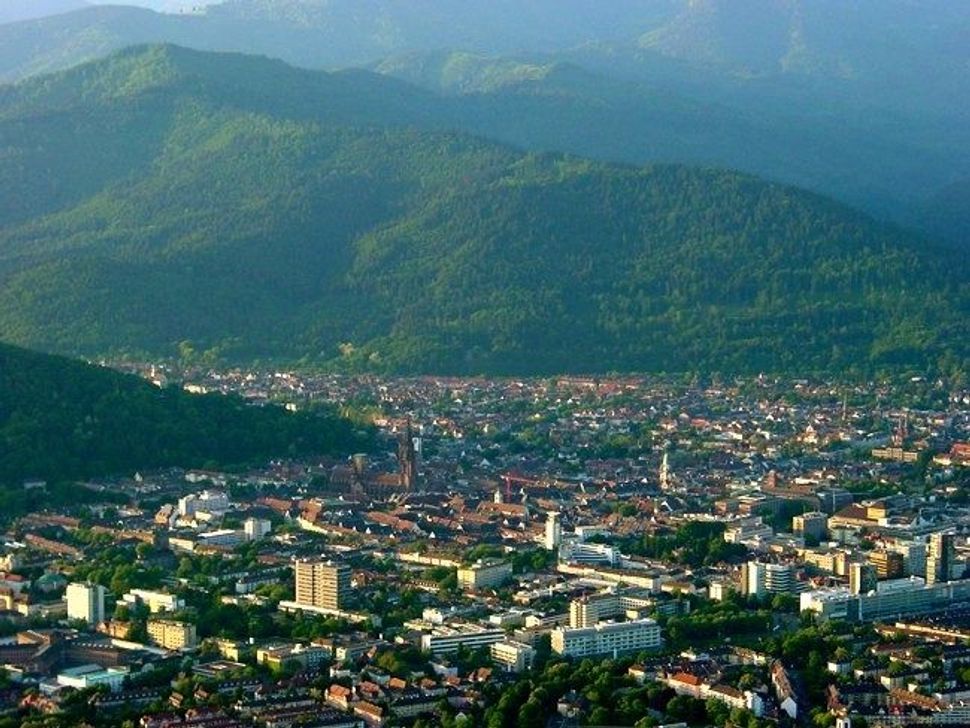 German Jews and their allies are demonstrating against an urban renewal project that has replaced the ruins of a Freiburg synagogue with a wading pool.

“It was heartbreaking and a shock for us all – especially some older Jews who had survived the Holocaust and now had to watch the remains of the old synagogue being destroyed again,” said Maren Stumke, an activist in the western German city.

Since its opening in August, Stumke and others have formed human chains around the pool on Sundays.

The controversy began last November, when construction workers discovered old stones from the synagogue while renovating the public square where it once sat.

Jews and allies then began to petition against the wading pool plans, but failed in their efforts, with the city instead installing a memorial fountain and christening the space “the square of the old synagogue” in homage to the Jewish congregation.

The Freiburg synagogue was ripped down and burned during the Kristallnacht pogrom in 1938.