Sandy Koufax And Yom Kippur: The Link That Lasts Forever 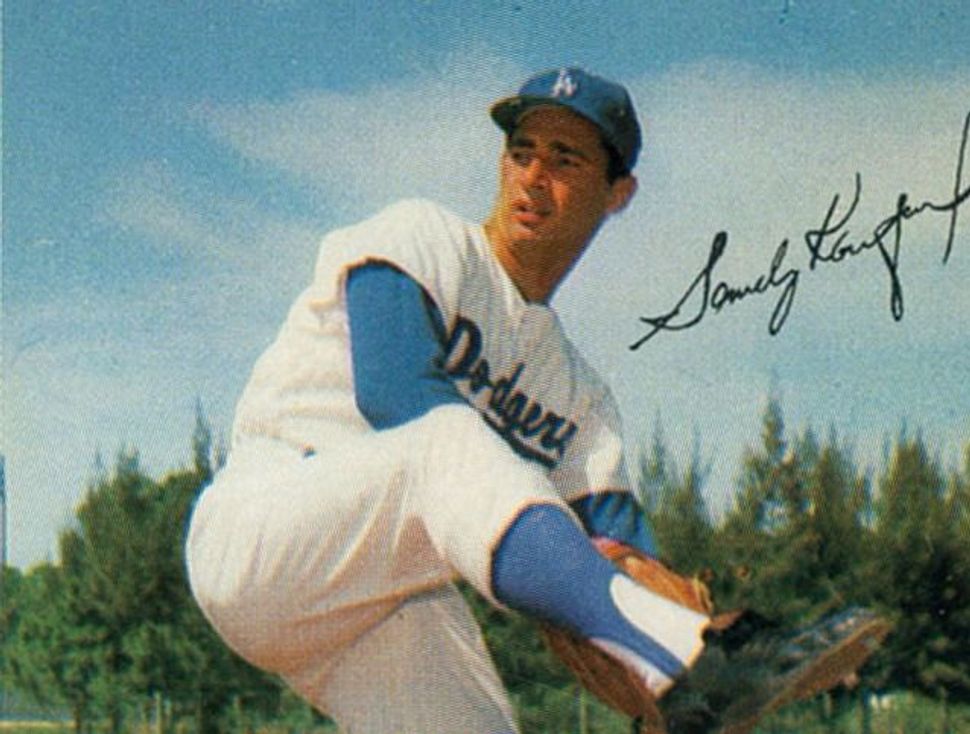 (JTA) – As Yom Kippur approaches, Jewish baseball fans hark back to the fall of 1965, when Dodgers ace Sandy Koufax said he would not take the mound in Game 1 of the World Series against the Minnesota Twins.

Mind you, this was no ordinary pitcher. Koufax dominated on the hill that season for Los Angeles and would be elected to the Baseball Hall of Fame.

Koufax, now in his early 80s, and his choice would go down in Jewish lore, to be recalled annually on the Day of Atonement – or perhaps whenever his coreligionists have a tough call to make.

“There was no hard decision for me,” he would say later in an ESPN documentary released in 2000. “It was just a thing of respect. I wasn’t trying to make a statement, and I had no idea that it would impact that many people.”

Learn more about Koufax’s story in the video above.

Sandy Koufax And Yom Kippur: The Link That Lasts Forever