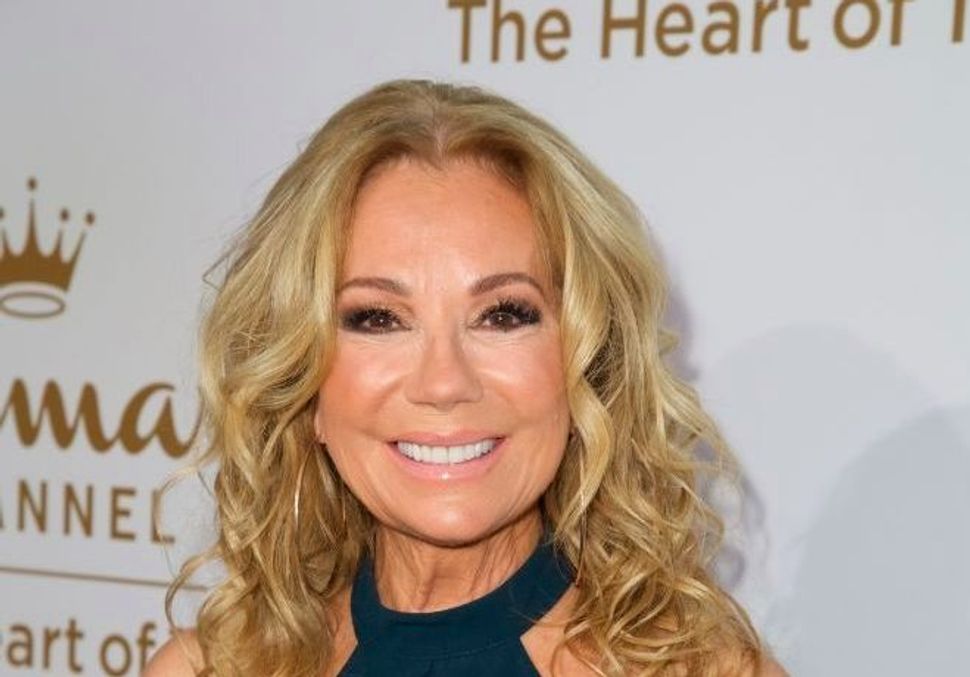 (JTA) — What does Kathie Lee Gifford do when she isn’t on air next to Hoda Kotb? Apparently, she visits Israel quite often.

In fact, the “Today” co-host is publishing a book co-written with a messianic Jewish rabbi on her visits to the Holy Land.

Gifford, who has said that she’d like to become a rabbi, has chronicled her past four rabbinical study trips to Israel in “The Rock, The Road, and the Rabbi: My Journey into the Heart of the Scriptural Faith and the Land Where It All Began.”

The book, which will be published next spring, ties in “insights” from Rabbi Jason Sobel about the “history and culture of the places visited.” Sobel accompanied Gifford on a recent visit to Israel.

Profits made from the book will go to Gifford’s “The Rock and Road Foundation,” which helps bring people to Israel on similar bible study trips.

Gifford was born Kathryn Lee Epstein and grew up with Jewish cultural traditions but is now an evangelical Christian.

“We were culturally Jewish on my father’s side and culturally Christian on my mother’s side,” she wrote in an essay in 2016 for Christianity Today.